Saudi Arabia has reportedly allowed Israel-bound flights to cross its airspace, an unprecedented move that is attributable to the kingdom’s gradual but steady normalization of ties with Tel Aviv, a years-long process accelerated by Crown Prince Muhammad bin Salman’s ambitions.

Currently, flights between Mumbai and Tel Aviv operated by Israeli airline El Al over the Red Sea south of Yemen take eight hours. The new deal, which will go into effect in March, allows Air India to drive down ticket prices and reserve fuel.

Israel will pay €750,000 to Air India to operate flights over the new route, hoping to lure in more tourists from New Delhi.

While there had been talks about a direct line between the two capitals, it took until Israeli Prime Minister Benjamin Netanyahu’s last month trip to India that the idea received serious consideration.

The report was denied later on Wednesday by a spokesman for Saudi Arabia’s General Authority of Civil Aviation.

The Riyadh regime has banned Israel-bound flights from using its airspace over the past 70 years. However, private jets can still fly from Saudi Arabia and other Persian Gulf countries to Israel provided they make a stop-over in Jordan’s capital Amman first.

If true, the news of the cooperation would open a new era of relations between the two staunch US allies in the Middle East region.

It is no secret that Israel and Saudi Arabia have long been working quietly over security issues and have already established a mutual understanding to respect their regional interests.

“We have partially clandestine ties with many Muslim and Arab countries. It’s the other side who is interested in hiding it,” Steinitz said, noting that Saudi and Israeli leaders were working with each other to block Iran’s growing influence in the region.

Israeli chief of staff Gadi Eizenkot gave his first-ever interview to Saudi media in the same month, speaking to Saudi news site Elaph in a bid to convince the Arab world for normalization of ties with Israel.

In October, former Israeli spymaster Efraim Halevy, who led Israel’s Mossad at the turn of the century, sat down for a meeting with Saudi Prince Turki bin Faisal al Saud, who headed Saudi Arabia’s intelligence agency for 24 years.

Israeli Intelligence Minister Yisrael Katz said during a December interview with Saudi media that he wished Saudi King Salman would invite Netanyahu for a visit and Saudi crown prince would pay back the visit by touring Tel Aviv.

Meanwhile, Prince Faisal’s public meetings with Israeli officials continued in January, when he met with former Israeli Foreign Minister Tzipi Livni on the sidelines of the World Economic Forum in Davos, Switzerland.

An unnamed US official, who witnessed a Saudi and Israeli official hold a closed-door meeting last year, said in November such informal meetings had been taking place for “at least five years.”

Perhaps the biggest giveaway came from Netanyahu himself in September. 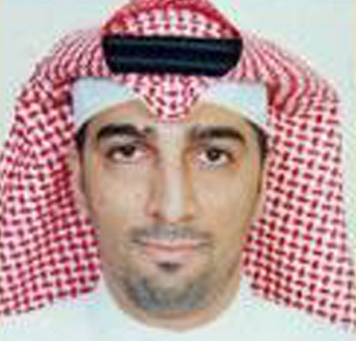