Saudi Crown Prince Mohammed bin Salman reportedly used a minor member of the royal family as a ‘proxy’ to buy the most expensive artwork ever sold at auction last month, at a time when the kingdom was rounding up billionaire princes and businessmen in a so-called campaign against corruption.

Citing sources, including unidentified US intelligence officials, The Wall Street Journal reported on Thursday that bin Salman was the secret buyer of Renaissance master Leonardo da Vinci’s painting, the Salvator Mundi, which sold for a record $450 million at auction last month.

The much-sought-after painting, portrait of Jesus Christ, was officially bought by little-known Prince Bader bin Abdullah bin Mohammed bin Farhan Al Saud, who has no history as an art collector and no publicly declared source of wealth, The New York Times revealed on Wednesday.

A source familiar with the art world in the Middle East told the Journal that Bader is a “proxy” for bin Salman, known by his initials MBS.

Sources from the US intelligence community said MBS is the “ultimate customer” although Bader is the official buyer, according to the Journal.

Documents provided by a Saudi source and reviewed by The Times revealed that Bader was not presented as a bidder until the day before the 15 November sale in New York.

He was such an unknown figure that executives at auction house Christie’s scrambled to establish his identity and wealth.

Bader, who is said to be a contemporary and apparently close friend of MBS, reportedly told Christie’s his fortune was made in “real estate,” and submitted a $100 million deposit to qualify for the auction and as a starting bid.

He reportedly comes from a minor branch of the royal family, the Farhan , which does not trace its lineage to the founder of the modern kingdom, Abdulaziz ibn Saud.

The purchase came just days after Riyadh launched a crackdown on more than 200 of the richest Saudi princes, businessmen and government officials on the orders of Saudi Arabia’s so-called Anti-Corruption Committee headed by bin Salman.

Famous billionaire Prince Al-Waleed bin Talal was among the notable figures detained as part of the purge.

Reports revealed last month that Saudi Arabia was using US mercenaries to torture the detainees, with MBS himself conducting some of the interrogations.

Bruce Riedel, a former CIA officer, told The Journal that “the image of the crown prince spending that much money to buy a painting when he’s supposed to be leading an anti-corruption drive is staggering.”

Salvator Mundi – dated to around 1500 – is the last known Da Vinci in the hands of a private collector. It was long believed to be a copy but was finally authenticated about a dozen years ago.

On Tuesday, the Saudi attorney general said the majority of the high-profile figures in detention had agreed to cash settlements in exchange for their freedom.

Saudi Prince Miteb bin Abdullah, a son of the former Saudi king, had been freed a week earlier after reaching a $1-billion “acceptable settlement agreement” with the kingdom’s authorities. 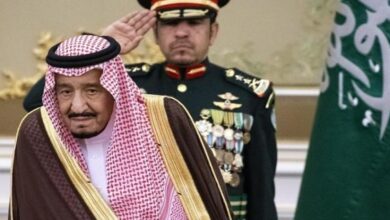 Saudis launch campaign to oppose normalization of ties with Israel

Senior Saudi Shia cleric warns against distortion of ME uprisings