Although the Saudi King Salman’s ascending to the throne and making the decision to launch a military aggression against Yemen cannot be deemed an about-face in the Saudi Arabian foreign policy, to some degree these developments come from the reality that the new generation of the ruling Al Saud family has decided to try novel ways to respond to the regional circumstance.

For decades since foundation of Al Saud government in 1932, Saudi Arabia has been recognized as a conservative regional power seeking to save the status quo. This attempt, however, was accompanied by efforts to firm up the ruling of the royal Saudi family and the ruling of the Persian Gulf Arab states on the one hand and trying to curb Iran in the region in association with the West in a bid to foil any superiority of the Islamic Republic in the region on the other hand.

In terms of the regional cases and challenges, the kingdom has advocated the West-sponsored solutions. For example, in the Palestinian case, Riyadh has accepted the two-state solution which offers seeing two states of Israel and Palestine co-existing in the Palestinian territory. Riyadh also supported heavy military presence of the United States in West Asia all to save the allied Arab states in the Persian Gulf region and because of growing fears about Iranian hegemony in Persian Gulf and also the region as a whole.

But new developments and shifts in the surrounding environment, in West Asia and North Africa in particular, have made protecting status quo and saving domination over the Arab world to an extent difficult for the kingdom. The regional agenda has now changed for the kingdom. In the new environment the governments of Iraq, Syria, Yemen, and Libya have largely collapsed and they are now failed states. Russia’s efforts to get an appropriate place in the region and create a new balance and secure its interests, which to some degree are new moves by Moscow, at the end of the road will weaken Saudi Arabia. On the other side, the issue of possible Iran’s closeness to the West and the US has made it easy for the West to resort to Tehran to create balance in the region. In fact, Saudi Arabia has begun to feel that the West could replace it with Iran geopolitically and geostrategically. Furthermore, many of the Riyadh’s allied regimes have been overthrown or impaired following the sweeping Arab uprisings of 2011, and it is not unlikely that the domino effect of revolutions reaches the kingdom.

Saudi Arabia’s form of responding to these developments has not been even, and actually was guided by a consideration of Riyadh’s futuristic visions and interests. Saudi Arabia has tried to introduce a new regional order to the West Asia. This is observable as the kingdom seeks forming new identity and ideology-based blocs in the region, as at the same time Riyadh uses sway in the regional organizations like the (Persian) Gulf Cooperation Council, the Organization of Islamic Cooperation and other Islamic institutions for this aim.

Saudi Arabia wants to strengthen convergence inside the (Persian) Gulf Cooperation Council and raising new blocs of power in a bid to transform into an unchallenged power in the Arab-Sunni world. To expand influence and power, the African Muslim countries or even Africa as a whole call the kingdom’s attention. Saudi Arabia needs them to build ideological blocs and get them in its side in the mid and long terms.

Doing so, in addition to expanding its sway and strategic borders, Riyadh diversifies its partners and absorbs them into strategic coalitions that guarantee rise of the aimed order, or help create it in the future. This requires pursuing the Saudi Arabian major strategy for the final aim of securing the kingdom’s geopolitical and geostrategic interests in Africa.

On the other side, Saudi Arabia needs Africa to secure its food and water security while its population is growing bigger day by day and its water resources are subsiding as the time goes by. These drives pushed Riyadh to make massive investments in African countries such as Sudan, Ethiopia, Tanzania, and others that can guarantee providing the kingdom with stable food supply lines.

Therefore, Saudi Arabia follows a set of strategic and diplomatic pathways to make the African Muslim states allied parties. The pathways include:

1. Wahhabization of Africa by replacing the moderate and conservative Islam with Wahhabism that is an extremist interpretation of Islam.

3. Providing financial incentives and making large investments and actually buying the vote and changing the agenda of the foreign policy of the African Muslim states to get them to the side of its policy.

4. Increasing logistical and strategic strength by gaining full control of Bab-el-Mandeb Strait and the major waterways in the Red Sea. This comes by making protectorate the African countries like Djibouti, Eritrea, Tanzania, Ethiopia, and Yemen in a bid to broaden influence to the Horn of Africa and the Red Sea.

5. Striving after forming a joint Arab-Sunni army under its command to use potentials of countries such as Sudan and Egypt.

6. Diversifying the diplomatic play cards to add to the power for bargaining with the West and trying to use the diplomacy of obligation once its policies make successes.

7. And most importantly, confronting Iran and increasing self-influence in the region in case of absence of the West. These are other drives affecting the Saudi Arabian policy-making mechanism.

Accordingly, using military forces of the African countries and working out a logistical and strategic protection circle in Horn of Africa beside leadership of the Persian Gulf Arab countries can empower the Saudis to get involved in adventures to serve its interests or use the hard power and the diplomacy of force against the target countries. This in turn opens Riyadh’s hands for intervention in other regions to get toehold there.

In short, the Saudi strategy in Africa is an adjunct to its wider agenda for transforming into a regional hegemony and leading the Muslim, Arab, and Sunni worlds at once. Actually, the kingdom wants to play role and secure interests by drawing a multifaceted– security, logistical, military, economic, and political– plan. 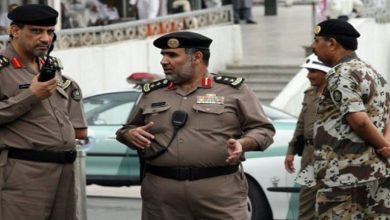