Is it shame and guilt I smell in mainstream media as Yemen’s engineered mass oppression has become a burden no sane journalist ambitions to rationalise any longer? Could it be that Western capitals are about ready to flip alliances?

Don’t hold your breath just yet but change is most definitely in the air. If anything, and this is a big one, Yemen is once again talked about and written about! Whatever unspoken ban Riyadh managed to impose on the press is just about melting away. Whatever political perspective journalists were taught to follow, just about tumbled to the ground – disappeared by the reality of a war of aggression which has been as vicious that it has been bloody.

And while the United Nations has still to play catch up on its official figures – Yemen’s death toll has been vastly under-estimated, this war, the kingdom has insisted on waging, is finally being labelled a grand atrocity.

When even the UN expresses disgust you know you’ve hit rock bottom! “I remain deeply disturbed by the unrelenting attacks on civilians and on civilian infrastructure throughout Yemen by all parties to the conflict, which are further destroying Yemen’s social fabric and increasing humanitarian needs, particularly for medical attention at a time when the health sector is collapsing,” the UN Humanitarian Coordinator in Yemen, Jamie McGoldrick, said in statement issued by the UN Office for the Coordination of Humanitarian Affairs (OCHA) on September 12.

But fear not this budding narrative is still being met by the self-righteous cries of Saudi Arabia’s cheerleaders – those outlets, which, through clever reporting have managed to dirty the waters just enough for you to assume blame on Yemen Resistance Movement.

Allow me to demonstrate: On September 12, on the wake of a Saudi-led attack against civilians the Associated Press went on to subversively rationalise Riyadh’s choice of targets by arguing political legitimacy, all wrapped up in well-chosen adjectives.

“Yemen’s conflict pits the internationally recognized government, which is allied with a Saudi-led military coalition, against Shiite Houthi rebels and forces loyal to a former president.”

And: “The Houthis, along with allied forces loyal to ousted President Ali Abdullah Saleh, have also waged cross-border attacks against Saudi Arabia.”

I’m glad to hear that nations’ sovereign right to self-defend is dependent on their political affiliations, and/or religious identity. In other words, when Wahhabist Saudi Arabia wishes to disappear Yemen under a barrage of missiles we ought to use the word democracy-building, whereas when Yemenis call and act in defence of their territorial integrity they are necessarily committing grave crimes. But then again one’s resistance fighter is another’s terror movement!

But what about this noise I hear about war profiteering and ethical politicking?

What about that indeed. A very interesting narrative is being developed there … one which could potentially prelude to a massive shift in foreign policy and behaviours vis a vis Saudi Arabia.

Western capitals are growing a conscious! I know I was shocked as well … All sarcasm aside it looks as if bloodshed is catching up with the kingdom. Yemen’s pain, the degree of destruction and devastation Riyadh brought upon an entire people over “political legitimacy” and several billions of dollars in military expenditures are fast becoming hard pills to swallow.

An editorial of The Guardian reads this September: “Britain bears much responsibility for this suffering – as does the US, which has overseen $110bn of arms sales to the Saudis under the Obama administration – and France. UK arms sales rules state that export licences should not be granted if there is a clear risk equipment could be used to break international humanitarian law.”

If sectarian adjectives were still abundant there too … one cannot part from misapprehension that easily, Western media are slowly coming to terms with one simple, yet blatantly evident truth: Western capitals have become accessories to mass murder in the name of capitalism.
Did I hear a penny drop?

Mind you it’s not that we did not know what Saudi Arabia was doing, and has been doing since late March 2015.

In January, a UN panel warned of “widespread and systematic” attacks on targets such as schools, weddings, mosques and medical facilities, in violation of international law.

So what gives? Could it be that Western governments got too greedy? Or is it that the public has finally caught on with the name of the game: profit at whatever cost?

On September 11 The Washington Times offered the following insight into what is shaping up to be a crisis of political conscious: “Congressional Republicans are squaring off against the Obama administration’s proposed $1 billion weapons deal with Saudi Arabia, which lawmakers say will embolden Riyadh with enough firepower to continue its brutal intervention in the ongoing civil war in Yemen.”

Allow me here to present my own theory.

It is not so much that Western politicians are suddenly becoming aware of Saudi Arabia’s vindictive nature towards its Yemeni neighbour, but rather that Western capitals are gathering ammunitions against the Saudi regime.

Saudi Arabia you must have noticed has been used somewhat as a political and media punch bag of late. In between the 9/11 law – which drew much ire on the part of the GCC countries and the Arab League, and one very public religious shunning of Wahhabism (Saudi Arabia’s state religion) and it appears the kingdom is running out of friends in the world. And then of course there is the little matter of war crimes and alleged crimes against humanity within the context of the war in Yemen.

What happens when the veneer of impunity wears off? What if Saudi Arabia was about to fall victim to an elaborated plot whereby its so-called partners handed it just enough rope to hang itself. After all, before America’s exceptionalism, none should claim dominion.

I believe we are witnessing a dramatic change of the guards. With Iran increasingly looking like the only viable energy alternative, the world might soon learn to look upon the kingdom with very different glasses indeed. 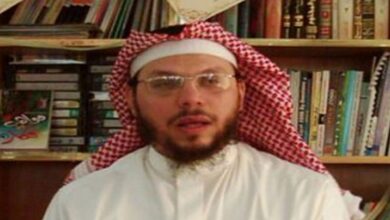 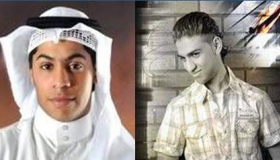