The Bing web search engine operated by Microsoft has infuriated authorities in Riyadh by offering the Arabic acronym for the Takfiri Daesh terrorist group as the equivalent to “Saudi Arabia” in Arabic.

Over the weekend, Saudi Arabian users found out that once they typed the word “Daesh” into the Bing Translator, which is owned and operated by the American multinational technology company Microsoft Corporation, the words “Saudi Arabia” would appear as the English translation on their computer screens.

The matter subsequently drew the ire of the members of the Al Saud regime, with many in the oil-rich kingdom calling for a boycott of the Bing service and its parent company, Microsoft.

A Freudian slip of tongue?

The Microsoft Corporation later issued an official apology to Saudi Arabia, describing the error as “unintentional.”

“Our product team fixed the error in the automated translation within hours of learning about it,” an unnamed Microsoft spokesperson said.

Riyadh is widely viewed as one of the major regional supporters of Daesh. Takfirism, the terrorist group’s “ideology,” is influenced by Wahhabism, the radical ideology dominating Saudi Arabia and freely preached by government-sanctioned Saudi clerics.

According to US government cables leaked by WikiLeaks, “Donors in Saudi Arabia constitute the most significant source of funding” to “terrorist groups worldwide.”

“It has been an ongoing challenge to persuade Saudi officials to treat terrorist financing emanating from Saudi Arabia as a strategic priority,” reads a leaked 2009 cable, written by then Secretary of State Hillary Clinton, who is now the US Democratic Party’s nominee for president.

Last month, a British parliamentary committee called upon Saudi Arabia and other Arab states to stop funding Daesh terrorists. In a report on the state of Daesh finances, lawmakers from the Foreign Affairs Select Committee said the terror group is enjoying financial support from wealthy Arab families. 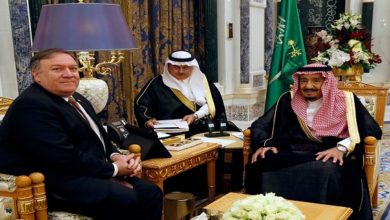