A delayed truce announcement by Saudi-led force was scheduled for Tuesday morning. While it is a much needed truce for both sides as Yemen, particularly, is suffering from a humanitarian crisis, many have questioned the motives that pushed the Saudi regime to propose the ceasefire ending 9 months of bloody violence. Coincidently, Un-backed peace talks were to begin in Switzerland at the same time backing claims that the feasibility of an intra-Yemeni agreement is the reason behind the declared ceasefire.

At the time of its proposal, the Saudis’ backs were against the wall. As they were being cornered on the military front, Yemen’s army forces and popular committees were gaining ground. Just on Monday, two senior coalition officers were announced dead by Saudi and Emirati authorities near the city of Taiz in the southwest of Yemen. Also military-wise, the Saudi-led coalition has failed miserably in Yemen. The National Interest has written an article saying: “Arabia’s futile air campaign is a further demonstration of the limits of airpower in general, and in South Arabia specifically.” Bombing both Yemeni resistance locations as well as civilians, the Saudi air force has failed to deter the army, popular committees, and the Ansarullah fighters from advancing across the country. The only tangible result of the air strikes have been the razed homes of civilians and their lifeless bodies. This is the epitome of Saudi’s military fiasco. Observing no end to the cycle of fruitless battles, Riyadh saw it fit to resort to peace talks thus resuming political dialogue.

However, the peace process would not only benefit the Saudis and their allies by providing an exit point from the war they created. It would also come to the advantage of the Yemeni people who are struggling under the Saudi aggression. A political solution to the prolonged conflict would chart another exit, one that would lead them to achieve the aspirations of the Yemeni people and halt the attempts to invade the country. How? One may ask, the answer is through political fighters who will not accede to conditions that go against the will of the people. There is as much confrontation at the negotiating table as there is on the battlefield albeit using words as weapons.

The strategy of “south Arabia against south Yemen” comprising Ansarullah, the Yemeni army and people’s committees has made significant progress in turn earned great achievements for the people of Yemen.

In comparison, in the south of Yemen, areas under the dominion of Saudi Arabia, and specifically Aden, are in dire conditions with some even comparing them to bloodied Somalia.

Spiralling out of control

The situation in Yemen is clearly spiralling out of Saudis’ control. With disputes mushrooming on multiple sides such as those between people in southern Yemen and their invaders, and between the UAE and their Saudi counterparts, Riyadh has been forced to look into the peaceful option.

What is going on is clearly something the kingdom can’t handle and in spite of previous agreements being scrapped at times, the Saudis are now insisting that all of them should be part of the fresh negotiations to end the crisis at its doorstep.

In order to have fruitful talks, the Muscat 7 agreement must be taken into consideration despite Riyadh’s previous rejection.

Earlier this month, an official from Hadi’s government said that the U.N. envoy had met Hadi in Aden and Houthi officials in the Omani capital Muscat with a proposed agenda for the talks.

“The Houthis have approved the agenda blueprint,” the office said. “Within days a humanitarian ceasefire will be declared and steps to free prisoners and lifting the siege on the cities would begin.”

Should the talks fail to produce tangible results, Saudi Arabia and its allies will suffer additional losses, both militarily and politically. For Yemen, the option is extremely dangerous with the risk of Saudi-backed al-Qaeda and ISIS terrorists breaking loose in the South.

Turkey and Saudi Arabia Will be the Biggest Losers 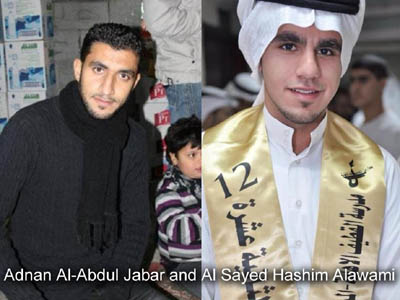