In his open message to the Islamic World in late 2014, Professor of Philosophy at the Sophia Antipolis University in Nice, France, Abdul Nour Bidar, wrote: “If you want to learn how not to produce a future as these monsters (ISIL), you should start reforming the entire education your children are receiving, as well as in all places of knowledge and within authorities. This is your only way not to produce such monsters.”

With his honest words to the Islamic World, Bidar, the Muslim French intellectual pointed the issue as it is. The problem lies within the “fanatic dark Wahhabi recession that is still causing corruption in the Kingdom of Saudi Arabia as a cancer that is born in your heart!”… The problem is in the education allowed and established by Wahhabism.

In 2014, the American website specialized in security affairs “Daily Paul” estimated the number of Saudi fighters with (ISIL) as 7000, ranking the first among fighters from other nationalities. And in the beginning of 2015, “Russia Today” website published a survey in which the Saudis occupied the second rank among the fighters of the organization.

In addition, the Saudi “al-Hayat” newspaper itself confessed in October of 2014 that the Saudi fighters conducted 60% of the suicide operations for (ISIL) in Iraq. Nearly in the same period, “al-Arabiya” channel also discussed, in one of its talk shows, the reasons “that make Saudis the most suicide bombers in Syria and Iraq.”

It was not only Syria and Iraq whose suicide bombers were Saudis; also bombs and armed attacks in al-Ahsa, al-Qatif and ad-Dammam, as well as Kuwait were conducted by Saudis. So how could Saudi Arabia manufacture terrorism?

The French intellectual says that the roots of terrorism lie within the education, in the curricula children are served and the Saudi generation is brought up upon. This also applies to the kids in the countries were Saudi schools are found as Washington, Jakarta, Rabat, Algeria, Madrid, Paris, Roma, Berlin, Bonn in Germany, Vienna, Moscow, as well as Istanbul, Ankara, Islam Abad, Karachi, New Delhi, Beijing and Djibouti. Britain and Ireland however decided to close such schools.

The problem of education started on the first day of drawing the kingdom’s education policy, in which it decided to reflect the official religious view adopted by the authority as it is considered the only teachable legal model, while all other schools of belief and jurisdiction are not acceptable and officially denied, their “deviation and heresies” must be fought as well.

In the 1960s, during the rule of Faisal Abdul Aziz, the power of Muslim Brotherhood increased in Saudi Arabia as the kingdom embraced them as part of its struggle with Egyptian President Jamal Abdul Nasser. The Brothers played a key role in developing the education and forming the programs of education, under the Wahhabi institution’s disability to play such role, according to the book “Time of Uprising… Contemporary Islamic Movements in Saudi Arabia,” by the French researcher in political sciences Stefan Lacroix, in which the Brotherhood’s Syrian Mohammad al-Mubarak had a major role in this, as well as the Egyptian Manna’ al-Qattan whose role was distinguished in issuing the educative policy in the kingdom, which is still available until the moment despite the 2003 “revisions”.

Following the September 11 attacks in 2001, a lot was written in both Arab and Western media on pressures exerted by the American Administration as it pushed to change the curricula of education, that were considered at the time the reason behind violence practiced in the name of religion. Saudi “al-Shark al-Awsat” newspaper wrote about it on February 3, 2003.

The newspaper reported a statement by Saudi Minister of Education at the time, Mohammad al-Rashid saying: “People say that the system of education is the reason behind the violent stances against other countries and religions, but this is not true. If this is true then all the Saudis who received such education would have participated in such acts.”

Yet the newspaper cited a response to him that included: “Saudi authorities revised all school books looking for any form of extremism, finding that 5% of the selected materials should be canceled,” but revising the curriculum of education was not serious as “the group that put the religious education system in the governmental schools is the same group that revised it… keeping the same content,” according to Saad Sharif’s study in the “al-Hijaz” magazine.

The image of forming the Takfiri mind in Saudi Arabia is clear upon looking into the book of monotheism adopted in its curriculum. It becomes clearer if you knew that the book itself, based on Mohammad Abdul Wahhab’s book of “Tawhid”, is being taught in the schools established by (ISIL) in some cities such as Aleppo and ar-Raqqa.

Saudi Historian Abdullah al-Shummari comments: “(ISIL) is spread in the countries dominated by the Salafist belief, the books of Ibn Taymiyya, Ibn al-Qayyem and Mohammad Abdul Wahhab, as well as the preachers of Najdism and Wahhabism, where it teaches this.”

The document of the “policy of education in the Kingdom of Saudi Arabia” confirms that the “education policy in Saudi Arabia is based upon the Islam of which the nation adopts in belief, worship, ethics, Sharia, rule, regime and comprehensive life system, and it is a main part of the state’s general policy,” Islam here strictly means Wahhabism.

The official document however stresses that “the religious sciences are basic in all primary, elementary and secondary education years, and the Islamic culture is a main material in all years of higher education.”

It also stresses the necessity to “direct whatever sciences and kinds of knowledge on the levels of curriculum, writing and teaching in an Islamic direction in dealing with its issues, judging its theories and the ways of investing it, to originate from Islam, in which they would be coordinated with the right Islamic thinking,” meaning Mohammad Abdul Wahhab’s thought, who charges all other Islamic groups with infidelity, excluding them from Islam. And he is the one meant in the expression of “developing the sense of loyalty… in denying all regimes or principles that oppose this Sharia.”

The Saudi document stresses that “fighting for the sake of Allah is an accurate duty and a followed Sunna; it is an existing necessity that will stay until the day of resurrection.” It also adds that among its goals is to “awake the spirit of Islamic jihad in fighting our enemies… and performing the duty of the message of Islam.”

How do the curricula of education in the kingdom draw the image of the enemy? And how do they identify the path of “jihad” against him, that leads to killing Muslims under the banner of atheism and Takfir, creating excuses for being absent from fighting occupation and arrogance under the claim of “obeying the ruler”? 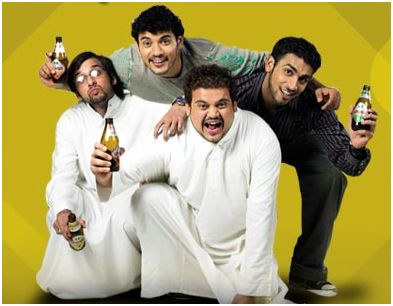 Saudis call for Arab League Syria talks to be put off 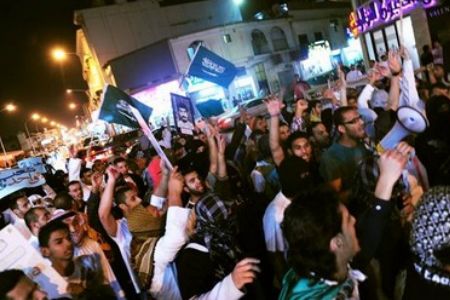