Several human rights organizations have called for the immediate release of two of Saudi Arabia’s “prisoners of conscience,” as Riyadh is tightening the noose on freedom of speech inside the kingdom.

Access Now, ALQST for Human Rights, ARTICLE 19, Global Voices (GV), the Gulf Centre for Human Rights (GCHR), and IFEX called on Saudi Arabia to instantly release two Saudi doctors and internet activists who were arrested in 2020 for their online activism.

One of the two activists, Osama Khalid, has been sentenced to more than 30 years in prison.

Khalid is one of Saudi Arabia’s most public-facing and well-known internet freedom advocates. His own Wikipedia page states that his work as part of Wikipedia has had a huge impact on his life, and that defending and promoting internet freedom was one of his priorities.

The other activist, Ziad Al-Sufyani, was sentenced to eight years in prison.

The report, published by ARTICLE 19, was picked up by Twitter users and circulated through social media, where users called for the immediate release of the activists.

The human rights organization said the scale of repression in Saudi Arabia has drastically increased during the past few years, as Saudi authorities made efforts not only to enhance their control of the internet, but also to silence dissenting voices online.

The six human rights NGOs, according to ARTICLE 19, call on the authorities in Saudi Arabia to respect public freedoms including freedom of expression, both online and offline.

On a related note, the “Prisoners of Conscience” account said in a tweet that Saudi activist Mohammad al-Rabiah must be released from prison.

“The legal activist Muhammad al-Rabiah has been in detention for almost two years because of his opinion and human rights activities in support of women’s rights,” the account said.

It published a video showing al-Rabiah talking about the lack of the most basic rights of women in Saudi Arabia, and issues such as women’s freedom, the formation of NGOs to support women and acknowledging their right to drive.

“My opinion on women’s right to drive is that simply, they should be allowed to decide. In my opinion, this topic is not a social problem but rather a demand that must be fulfilled,” he was shown in the video as saying.

Hundreds of Saudi activists, bloggers, intellectuals and others have been arrested since bin Salman took the helm of state affairs in 2017 as the de facto leader.

The aggressive crackdown is an obvious sign of almost zero tolerance for dissent even in the face of international condemnation of the repressive measures.

Riyadh has also redefined its anti-terrorism laws over the past years to target activism. 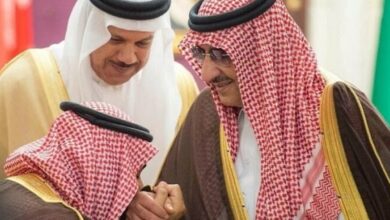 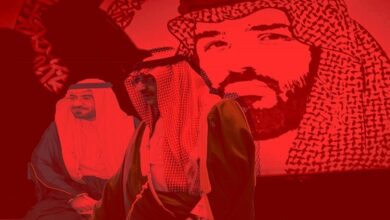