The meeting came after the leader of Iraq’s Hikma Movement, a political coalition, arrived in the Kingdom on an unannounced visit, according to the official Saudi Press Agency.

The Agency reported that, during the meeting, Saudi-Iraqi relations alongside a number of issues of common interest were discussed.

For his part, Hakim tweeted: “The Saudi Crown Prince and I emphasised the close historical relations between the two brotherly peoples.”

He added, “We discussed the importance of dialogue among the various parties to reach solutions to the current political impasse in Iraq.”

Al-Hakim stressed the importance of stability on both sides of the Gulf and praised Iraq’s role in mediating between Iran and Saudi Arabia to restore bilateral relations.

He also underlined the centrality of the Palestinian cause.

Hakim’s visit came after his participation, on Wednesday, in a national dialogue with the aim of resolving the country’s political crisis.

Iraq has been in a political deadlock for nine months following general elections last October, which has since failed to agree on a new government between rival parties.

UK must regard Saudi Arabia as dominant force in region: Minister 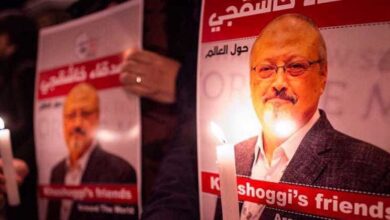