In a comprehensively detailed report, The Economist has revealed the inside stories of the Royal Palace of Saudi Arabia. The report outlines who Mohammad Bin Salman really is.

But why does the report and its information matter? It presents the region and the West with an accurate reflection of an obnoxious dictator who can’t be reasoned with and suffers from mood swings.

The report outlines that MBS’s road to the throne was obstructed by his cousin, the 57-year-old heir-designate, Muhammad bin Nayef. Bin Nayef was the kingdom’s main contact with the CIA and the intelligence chief. He was largely credited for putting an end to al-Qaeda in Saudi Arabia following 9/11. Bin Nayef was summoned to the old king’s palace in Mecca in June 2017.

“The story of what happened next has emerged from press reports and my interviews. It seems that bin Nayef arrived by helicopter and took the lift to the fourth floor. Instead of the monarch, MBS’S agents were waiting. Bin Nayef was stripped of his weapons and phone, and told that a royal council had dismissed him. He was left alone to consider his options. Seven hours later, a court videographer filmed the charade of MBS kissing his cousin, then accepting his abdication as crown prince. King Salman kept a back seat throughout. Bin Nayef is now in detention (his uncle, who also had a claim to the throne, apparently intervened to try and protect bin Nayef, but was himself later detained). The staged resignation – an old trick of Saddam Hussein’s – would become MBS’S signature move,” the report suggested.

If you think this is all, you’re widely off. The plot has just begun to thicken.

According to the report written by Nicolas Pelham, MBS sponsored an international investment conference at the Ritz-Carlton in Riyadh in October 2017. Christine Lagarde, Son Masayoshi, and other corporate glitterati listened to MBS’s proposal for Saudi Arabia’s post-oil future, which included the creation of Neom, a new $500 billion “smart metropolis.” The event was a success. Diplomatic squabbles about Yemen’s conflict or the fate of America’s security partner, Muhammad bin Nayef, disappeared.

The meeting, the report said, was also an opportunity to bring back royals who were frequently away. MBS pounced once the foreigners had left. Hundreds of princes and businessmen were swept up in the flood. According to a New York Times journalist’s biography of MBS, one of them only noticed anything was wrong when they arrived at their hotel room: there were no pens, razors, or glasses – nothing that might be used as a weapon.

“MBS held the detainees in the Ritz-Carlton for several weeks (the Marriott and other hotels were also commandeered to house the overflow). Prisoners’ phones were confiscated. Some were said to have been hooded, deprived of sleep and beaten until they agreed to transfer money and hand over an inventory of their assets. All told, MBS’S guests at the Ritz-Carlton coughed up about $100bn.”

The Ritz-Carlton incident shows only one component of a massive centralized strategy.

MBS reclaimed control of numerous security services from the princes. He became CEO of Aramco, the semi-autonomous state oil firm. He took over as CEO of the Public Investment Fund, a sovereign-wealth fund. “He destroyed all the powerful families,” claims a retired ambassador. By late 2017, he was personally responsible for law, money, and security in Saudi Arabia.

Some, including his boyhood friends, are reminded of Iraqi dictator Saddam Hussein, a once-modernizer who became wedded to power and became irresponsible and dangerous.

“At first power bestows grandeur,” a former Western intelligence officer told me, of MBS. “But then comes the loneliness, suspicion and fear that others will try to grab what you grabbed.”

The kid with mood swings

“There are these terrible tempers, smashing up offices, trashing the palace,” says a source with palace connections, according to the report, who added, “He’s extremely violent.”

Several people have described him as having wild mood swings. According to two former royal insiders, he allegedly shot bullets into his mother’s ceiling after a dispute. He has reportedly locked his mother away, according to several sources and news reports.

Reform for women? No!

MBS’s officials imprisoned Loujain al-Hathloul, one of the organizers of the women’s rights campaign, shortly before easing the ban on women driving in 2018.

Her family claims that jailers waterboarded and electrocuted her, and that one of MBS’s closest advisers, Saud al-Qahtani, was there during her ordeal and threatened to rape her. A UN investigation found reasonable reasons to suspect Qahtani of torturing female campaigners.

“I’ll do everything I like to you, and then I’ll dissolve you and flush you down the toilet,” Qahtani allegedly informed one of these ladies, the report revealed.
Hathloul was charged with encouraging rebellion against the reigning system. The message was clear: just one person could have it.

On paper, Qahtani was a communications adviser, a former journalist who knew how to utilize bots and loyal followers to intimidate detractors on social media.

Pelham wrote in his report that Qahtani’s office included giant screens and holograms that staff used for target-practice with laser guns. He was entrusted with MBS’s most crucial and violent tasks, the ones that cemented his dominance.

“He kidnapped Prince Sultan, a minor royal who had been disparaging MBS, in 2016. MBS volunteered to fly Sultan from Paris to Cairo on his plane, but the plane was rerouted to Saudi Arabia. According to Hope and Scheck’s book, Qahtani pretended to be Captain Saud, an airline pilot with an expensive Hublot watch,” the report outlined in details.

With the tacit approval of the Trump administration, MBS set about treating the whole of West Asia in the same way he treated Saudi Arabia, attempting to drive off rulers he deemed troublesome. He declared a blockade of Qatar, and summoned Lebanon’s prime minister, Saad Hariri, a long-time beneficiary of Saudi largesse, on a starlit camping trip in 2017, enraged by the country’s ties with Iran. Hariri arrived, had his phone snatched, and shortly found himself on TV reading his resignation address.

“Both moves ultimately backfired. But Trump’s Middle East adviser, his son-in-law Jared Kushner, did little to discourage such antics. Together, he and MBS dreamt up a new regional order over WhatsApp, calling each other “Jared” and “Muhammad”. Their rapport was so great that, at Kushner’s prompting, MBS started the process of recognizing Israel. His father, still officially king, put a stop to that,” the report stated.

Some of those in the American foreign-policy community remain optimistic that MBS may be a useful partner in the region, citing his recent retreat from confrontation with Qatar and his determination to find a diplomatic solution in Yemen. They speculate that he is evolving as a leader.

This appears to be naive. MBS’s catastrophic assault on Yemen was nominally in favor of the country’s president, but in April, just hours after being summoned to a meeting and handed Arabic coffee and dates, Yemen’s president read out a resignation statement on television. MBS took it upon himself to get rid of him, implying that his approach to international diplomacy is as harsh as ever.

“What they’ve learned”, says one foreign analyst according to the report, “is don’t murder journalists who dine regularly with congressmen in the United States.”

“I visited an old friend in his office in Saudi Arabia. Before we started talking, he put his phone in a pouch that blocks the signal, to prevent government spies from listening in. Dissidents do that kind of thing in police states…, but I’d never seen it before in Saudi Arabia. It isn’t just people involved with politics who are taking such precautions: most Saudis have become afraid to speak near a functioning mobile phone. People used to talk fairly openly in their offices, homes and cafés. Now, they are picked up for almost nothing,” Pelham wrote.

“As we chatted over the whir of his office air conditioning, my friend reeled off a list of people he knew who had been detained in the past month: a retired air-force chief who died in prison, a hospital administrator hauled away from his desk, a mother taken in front of her seven children, a lawyer who died seven days after his release from prison. ‘These people aren’t rabble rousers,’ my friend said. ‘No one understands why,’” he continued.

Even the tiny steps toward democracy taken by previous rulers have been reversed by the young prince, the report revealed.

Municipal elections have been postponed as a cost-cutting measure, according to the servile press. Since the outbreak, the Shura Council, a consultative group of 150 persons, has only met online (other institutions have gathered in person for months).

“I wish I had more of a voice,” said one member. Whenever I mentioned the prince, his leg twitched,” Pelham wrote in his report.

According to a regular visitor to the king’s court, MBS now gives the impression of someone who is always concerned that individuals are conspiring against him. He appears to be obsessed with devotion. He appoints young royals, outsiders with no local base to confront him, or people he has already shattered.

“A government minister, Ibrahim Assaf, was one of those locked up in the Ritz-Carlton – two months later, MBS sent him to the World Economic Forum as his representative. A senior executive on one of his construction projects is someone who says he was tortured in one of his prisons. ‘He went from being strung naked from his ankles, beaten and stripped of all his assets to a high-level project manager,” says a close acquaintance of the man,’” the report stated.

“Saudi sources say he once locked a minister in a toilet for ten hours. (The minister later appeared on TV blabbering platitudes about the prince’s wisdom.) A senior official I’ve spoken to says he wants out. ‘Everyone in his circle is terrified of him,’ says an insider. And that could make it hard for him to govern a country of 35 million people effectively. Former courtiers say no one close to MBS is prepared to offer a truthful assessment of whether his increasingly grandiose schemes are viable. ‘Saying no’, says one, ‘is not something they will ever do,’” it continued.

With all that said, can MBS be reasoned with? 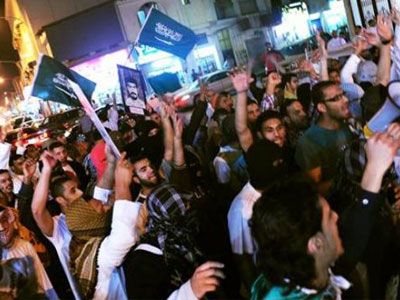 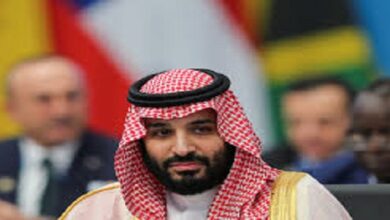