The meeting will be seen as the latest step in the readmission of the de-facto ruler of the kingdom into the international fold, after US President Joe Biden met the man universally known as MBS earlier this month.

The topics set to loom over the meeting include energy supply as concern grows over possible power shortages due to the Russian operation in Ukraine, as well as reining in the nuclear program of Riyadh’s top regional foe Iran.

MBS arrives in France fresh from a trip to Greece to discuss energy ties.

“I feel profoundly troubled by the visit, because of what it means for our world and what is means for Jamal (Khashoggi) and people like him,” Amnesty International secretary general Agnes Callamard told AFP, describing MBS as a man who “does not tolerate any dissent”. 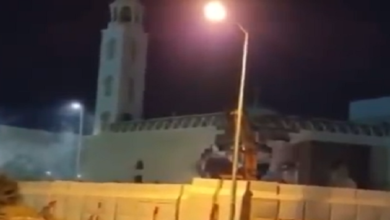 Destruction of another Shia Mosque by Saudi forces in Qatif

Concerns over Yemen as Saudi Arabia agrees to buy $7 Billion in weapons from U.S. firms