Discovery of a historical inscription related to the Uthman era in Saudi Arabia. The Saudi Antiquities Authority has announced the discovery of a new monument related to Uthman caliphate.

The Saudi Antiquities Authority has announced the discovery of a new monument in a historical site in Mecca. According to a report by Al Khaliji Online, this monument is an Islamic inscription related to Uthman ibn ʿAffan caliphate.

The Saudi Antiquities Authority announced that this inscription, which dates to 24 AH, has been discovered by a number of people who are interested in antiquities and cultural heritage in a historical site in Mecca.
This is one of the most important historical inscriptions that involves one of the significant events in Islamic history and this writing is observed on it: “It has been written during the Uthman ibn ʿAffan caliphate in the year 24”.

According to initial readership of this inscription, it is written on it: “I am Zuhair. I believe in God. It has been written during the caliphate of Ibn ‘Affan in the year 24.”

Saudi warplanes use cluster bombs in airstrikes on Yemen 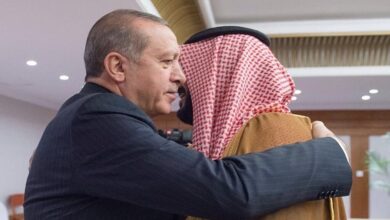