The so-called intra-Yemeni talks, planned by the Persian Gulf Cooperation Council (GCC) at the regional union’s headquarters in Riyadh, are meant to save Saudi Arabia from the quagmire it is stuck in by leading the war on Yemen, according to a report.

The New Khalij news website reported on Tuesday that the negotiations, scheduled to be held between March 29 and April 7, are set to address six issues, including what is called the opening of humanitarian corridors to restore stability in Yemen.

After the talks, according to the report, specialized committees will be formed to follow up on the implementation of the results of the discussions.

It added that Saudi Arabia spends $175 million a month on air raids against Yemen.

British daily The Times said the war costs Saudi Arabia $72 billion a year. Estimates put the cost of Saudi fighter jets participating in the offensive at $230 million a month.

Yemeni forces’ counterattacks on Saudi oil facilities have added to the kingdom’s economic problems as its Patriot and THAAD systems have not been able to counter the strikes, the report said.

“With the increasing economic pressure on Riyadh caused by the coronavirus pandemic and the Russia-Ukraine war, as well as declining US support, Saudi Arabia appears to be seriously considering a way to rescue itself from the Yemeni crisis in a way that saves its face,” it noted.

“Arab and international circles are beating the drum of the ‘Ramadan ceasefire’ in Yemen in order to increase the chances of success of the Riyadh talks on the condition that Ansarullah participates in the negotiations. The absence of Ansarullah will cause the failure of these negotiations.”

Yemen’s popular Ansarullah resistance movement has turned down the GCC invitation for the talks, saying Saudi Arabia cannot be a mediator as it is a perpetrator of the bloody war.

The group also stressed that it will welcome discussions on a peaceful settlement to the ongoing conflict if the venue is a “neutral country,” and that the priority is lifting “arbitrary” restrictions on Yemeni ports and Sana’a airport.

Recently, Mahdi al-Mashat, who heads Yemen’s Supreme Political Council, vowed to uphold the rights of his nation against more Saudi aggression and siege.

“What is being said about the Riyadh talks has the title of peace, but at its heart, it means more aggression and siege,” he said, condemning Riyadh’s calls for peace while at the same time killing the Yemeni people.

“How stupid do they think the Yemeni people are? They are inviting them to peace amid a siege,” he added.

Addressing the Saudi-led military coalition, he further stressed that the invading coalition “will eventually fail and all its schemes will fall short because the Yemeni nation is treading the right path.”

The objective was to return to power the former Riyadh-backed regime and crush the Ansarullah, which has been running state affairs in the absence of an effective government in Yemen.

Yemeni forces have continued to grow stronger in the face of the Saudi-led invaders, advancing toward strategic areas held by Saudi-led mercenaries, including Ma’rib province, and conducting several rounds of counterstrikes against Saudi Arabia and the UAE in recent months. 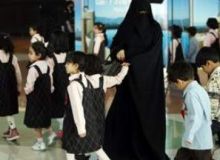 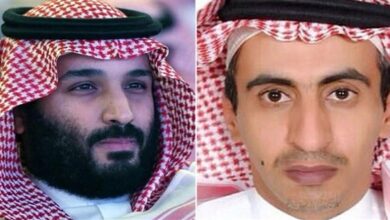