Saudi activists have taken to social media to condemn the displacement of the residents of several areas across Jeddah with the aim of implementing the projects of the so-called Saudi Vision 2030, which was launched by Crown Prince Mohammed bin Salman in 2016, a report says.

Lebanon’s al-Mayadeen television network said in a report on Friday that the activists, over the past days, slammed the Saudi authorities for destroying the entire residential neighborhoods in Jeddah Province, and denounced the displacement of the residents without giving them a deadline to find alternative homes.

The demolitions come as the crown prince last month launched a new investment project dubbed “Jeddah Central Project,” which will include four landmarks: an opera house, museum, sports stadium, and oceanarium, as part of the implementation of Vision 2030.

According to al-Mayadeen, the social media activists said “a humanitarian, social and economic catastrophe will affect at least one million people” as the authorities in Jeddah gave some of the residents 48 hours, and gave others only 24 hours to leave their homes, while others were ordered to immediately evacuate their homes.

The activists added that the authorities “shut off water, electricity and other services before giving the warning,” noting that the compensations given to some of the owners are less than one third of the value of their homes.

Yahia al-Hadid, a Human Rights Defender and the Chairman of Gulf Institute for Democracy and Human Rights (GIDHR), censured in a tweet the Saudi government for destroying the residents’ homes, “without any consideration of their humanitarian situation.”

The citizens of the oil-rich country “live below the poverty line and are being humiliated, despite the oil wealth that have been scattered over the seasons of entertainment.”

The port city of Jeddah lies along the Red Sea. It is considered Saudi Arabia’s tourism and economic capital.

Omar Abdulaziz, a member of the National Assembly Party (NAAS) – a Saudi opposition party whose members are exiles, noted that “Those affected by the development, and the removal of buildings and homes are retirees, former soldiers and small earners.”

On a Twitter space, Abdulaziz also denounced the Saudi authorities for failing to create alternative housing units for the displaced.

Abdullah al-Awda, the secretary general of the NAAS, also decried the demolitions as “forced displacement.”

Meanwhile, Hanan al-Utaybi, a social media activist, said in a tweet “The Saudi authority behaves with the nation like bandits, as homes are being destroyed and lands are being seized.”

The activist Alyaa Abu Tayeh al-Hawiti also slammed the “greed” of Bin Salman, referring to the forced displacement of the members of al- Huwaitat tribe for the sake of the establishment of Neom — a planned city in northwestern Saudi Arabia, and the murder of a citizen identified as Abdulrahim al-Hawiti who was condemning the regime’s moves.

Warning that the demolitions will also hit Medina soon, the activist also urged people to stage protests to condemn the plans.

Saudi activist Nasser al-Araby also condemned the displacements, saying in a tweet, “Development that focuses on making money and displacing people from their homes is not development. And what is built on falsehood is false itself.”

According to the report, the Saudi authorities have been waging an evacuation campaign in many neighborhoods in Jeddah City for months under the pretext of removing violations and developing slums.

The demolition orders affect more than 13 residential neighborhoods and their houses, schools, businesses, and health facilities, “without any consideration of all the consequences of the displacement.” 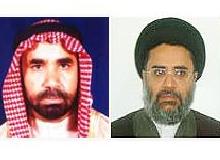 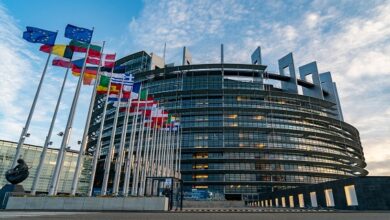