Saudi Arabia’s de facto ruler Crown Prince Mohammed bin Salman arrived in Doha on Wednesday on his first visit since Riyadh and several Arab allies imposed an embargo on Qatar in mid-2017 and set off a bitter dispute that was resolved only in January.

Qatar is the third stop on a tour of Gulf Arab states by Prince Mohammed ahead of a Gulf summit later this month.

The summit will be the first since Saudi Arabia, the United Arab Emirates, Bahrain and Egypt agreed to end a dispute with Qatar over its foreign policy that had led them to sever diplomatic ties with Doha.

The four countries had also blocked land, air and sea routes to Qatar, accusing Doha of supporting terrorism – a reference to Islamist groups — and cosying up to Iran, a regional adversary of many Gulf Arab states. Doha denied the charges. In January, Saudi Arabia, the UAE, Bahrain and Egypt agreed to end the row.

Saudi Arabia and Egypt have led efforts to restore relations with Qatar, with Riyadh and Cairo appointing new ambassadors to Doha. Abu Dhabi and Manama have not followed suit.

Qatar has also re-established trade and travel links with Saudi Arabia, the UAE and Egypt, but not with Bahrain.

Qatar’s emir has travelled to Saudi Arabia and met Prince Mohammed several times since the end of the dispute. Wednesday’s visit was the Saudi prince’s first official trip to Qatar since he was named crown prince in 2017.

Prince Mohammed’s tour coincides with talks between Iran and world powers aimed at salvaging a 2015 nuclear pact, a deal Gulf Arab states have criticised for not tackling Tehran’s missiles programme and regional behaviour.

The Saudi prince’s tour had already stopped in Oman and the the UAE where he visited Expo 2020 in Dubai earlier on Wednesday before taking the short flight to Doha. He is still expected to travel to Bahrain and Kuwait. 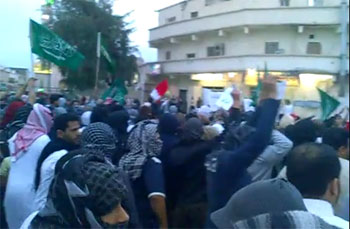