More than 120 members of the European Parliament have denounced the “ongoing persecution” of Saudi women human rights defenders by the Riyadh regime, saying the activists freed from prison still face rights violations and harsh restrictions in the kingdom.

The legislators, in a joint letter signed on the occasion of the International Women Human Rights Defenders Day, reiterated their call for Saudi authorities “to immediately and unconditionally free all women targeted for their human rights activism.”

While all of the women activists arrested during a sweeping crackdown in 2018 have now been released from prison, the campaigners, including prominent figures Samar Badawi, Nassima al-Sadah and Loujain al-Hathloul, have been subjected to heavy restrictions and curtailment of basic rights since their release, the letter said.

“These measures constitute further violations of their fundamental rights, including free movement and association and free speech, and ostracize activists at the critical threshold of starting a new life after release from prison,” the legislators said.

Hathloul, known for defying the ban on women driving in Saudi Arabia and for opposing the Saudi male guardianship system, currently still faces three years of probation and a five-year travel ban.

Some of the women had to sign pledges that they would not disclose details of their detention, while several of their family members are also under travel bans, as a form of collective punishment and general harassment.

The European parliamentarians further denounced Saudi Arabia’s repressive system and the restrictions that women face in daily life there.

“The male guardianship system as well as disobedience laws continue to negatively affect all aspects of women’s lives,” the letter read.

For its part, the London-based Saudi rights group ALQST called on Saudi authorities to immediately and unconditionally free all women targeted for their human rights activism, to drop all charges against them, and to provide them appropriate compensation.

The group said the released women rights activists should be fully granted their right to free movement, their travel bans and those on their family members should be overturned, and they should be able to carry out their legitimate human rights work without fear of reprisals.

Ever since Crown Prince Mohammed bin Salman became Saudi Arabia’s de facto leader in 2017, the kingdom has ramped up arrests of activists, bloggers, intellectuals, and others perceived as political opponents, showing almost zero tolerance for dissent even in the face of international condemnations of the crackdown. 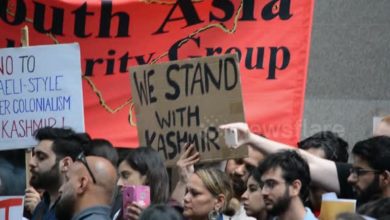 Pakistanis to protest outside Indian diplomatic missions on Aug 15 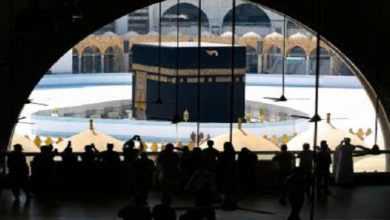