Al Jabri re-iterated his previous claims that the Saudi royal was plotting to send a hitman to kill him, adding: “Bin Salman has taken my children, Sarah and Omar, hostage as part of his plot.”

In the yet to be released interview with CBS’ 60 Minutes, Aljabri pointed out that the squad was sent at the time the late dissident journalist Jamal Khashoggi was killed.

Aljabri’s other son, Khalid, went on social media to announce that his father had decided to break his silence after “exhausting every avenue to secure my siblings’ freedom.”

“MBS took Sarah and Omar as hostages to blackmail my father on his first day as crown prince,” Kahlid said on Twitter.

Aljabri has previously prosecuted MBS for attempting to assassinate him while in exile in Canada by the “same squad that killed Khashoggi.” MBS has denied the claims and has accused Aljabri of embezzling funds.

Aljabri is one of the close associates of deposed crown prince Mohammed Bin Nayef. He had held a significant security role in the fight against Al-Qaeda after the September 11 attack.

His two children were arrested by the Saudi authorities, and were handed a prison term in a move Aljabri says was an “attempt to blackmail him and pressure him to return to the kingdom.” 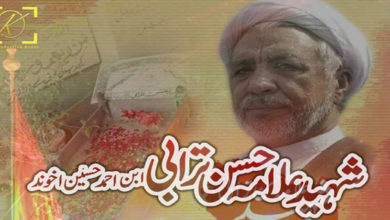 What goals Riyadh seeks through deadly crackdown on Awamiyah?