The Saudi-led coalition has rejected the findings of a report by the UN Human Rights Council that strongly condemns the egregious violations committed by the foreign forces in Yemen.

Saudi Arabia’s permanent representative to the UN in Geneva, Abdul Aziz Al-Wasel, said the coalition “does not accept the report,” calling it “impartial,” according to reports.

The UN envoy of the Saudi-backed regime in Yemen, Abdullah Ali Fadhel Al-Saadi, also reportedly dismissed the report, claiming it was “based on misleading information.”

A panel of UN-appointed rights experts last week said there was a growing “climate of fear” among civilians in Yemen, with no let-up in more than six years of Saudi-backed aggression.

The report censured the Saudi-led coalition for war crimes in Yemen, including airstrikes in support of the unpopular Abd Rabbuh Mansour Hadi regime, besides indiscriminate shelling of civilians.

“Since March 2015, over 23,000 airstrikes have been launched by the (Saudi0led) coalition in Yemen, killing or injuring over 18,000 civilians. Living in a country subjected to an average of 10 airstrikes per day has left millions feeling far from safe,” reads the report.

It further adds that the Saudi-led coalition has “largely rejected the previous findings of the Group of Eminent Experts, characterizing them as being based on ‘assumptions.”

“We urge the parties and the international community to establish a credible political process to achieve peace in Yemen,” Kamel Jendoubi, chair of the UN group of experts on Yemen, said.

– Kamel Jendoubi, chair of the @UN Group of Experts on Yemen presenting its new report on “a nation abandoned”

Saudi Arabia and its allies launched the devastating war on Yemen in 2015 in an attempt to reinstall Riadh-friendly officials in Sana’a, and to crush the popular Ansarullah resistance movement.

The foreign aggression, however, has faced unwavering resistance from the Ansarallah-Houthi fighters and the popular committees, who have launched many lethal retaliatory strikes on Riyadh.

The protracted war has created the worst humanitarian crisis in modern history, the UN says.

Outrage over the murder

Meanwhile, the diabolical murder of a Yemeni youth by the Emirati-backed militants in southwestern Lahij province has sparked a massive wave of anger and outrage in and outside Yemen.

Abdul-Malek al-Sanabani had returned home to visit his family after seven years in the US, when he was kidnapped, tortured and murdered by Emirati-backed militias, who accused him of being a member of the Ansarullah movement.

Multiple protests have been reported in the European countries and in the US, including in New York, with protesters demanding an end to the Saudi-led foreign aggression in the war-ravaged country.

Ansarullah spokesman Mohammed Abdul-Salam also condemned the murder in a statement on Friday, saying such crimes erode chances for dialogue to bring an end to the Saudi-imposed war.

“With the siege, the mercenaries of the aggression in the occupied areas are blocking roads and committing crimes against travelers, the last of which is the kidnapping and killing of Abdul Malik al-Sanabani. Such move is strongly rejected and condemned,” he tweeted.

Thousands of civilians have been displaced in Ma’arib, 70 miles east of Yemeni capital Sanaa, amidst indiscriminate airstrikes by Saudi warplanes, according to reports.

The newly acquired territory has allowed the resistance fighters to push the momentum toward the border between Bayda and Shabwah governorate.

Saudi-led coalition forces have been low on morale, with unpaid salaries, which implies that Saudi Arabia, the main backer of the unpopular regime in Yemen, is looking for a way out of the logjam.

The Sana’a government, which is run by the Ansarullah movement, has warned Saudi Arabia to end the aggression or to brace up for larger and more extensive operations.

Yemen maintains that its operations against Saudi Arabia are defensive in nature and would end as soon as Riyadh calls it quits. 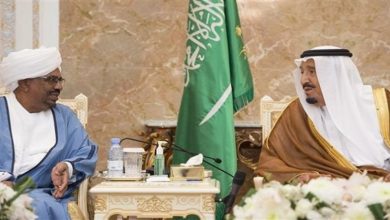