Saudi authorities have arrested a well-known female scholar reportedly for preaching and teaching the Holy Qur’an at her home, as a widening crackdown led by Crown Prince Mohammed bin Salman against pro-democracy campaigners, intellectuals and scholars continues in the kingdom.

The Prisoners of Conscience, an independent nongovernmental organization advocating human rights in Saudi Arabia, announced in a post on its official Twitter page that members of the Saudi intelligence service broke into Aisha al-Muhajiri’s house in the city of Mecca and detained her earlier this week. Two other women were arrested alongside Muhajiri.

“One of the two women is 80 years old, while the family of the other woman refused to publish any information about her,” the rights group said.

🔴 BREAKING
We confirm the detention of the famous female preacher Aisha Al-Muhajiri (65 years), after authorities broke into her house in Mecca. The grounds of her detention is her working in preaching and giving Quran courses at her house.#عائشة_المهاجري

It added that Saudi officials have threatened that anyone who asks about the detentions or charges would also face arrest, including Muhajiri’s own children.

“We confirm also that the sons of the preacher Aisha al-Muhajiri were threatened of being detained when they asked about her after she was arrested; authorities said literally: “We will arrest anyone asking about her,”’ the Prisoners of Conscience pointed out.

Saudi authorities have arrested dozens of activists, bloggers, intellectuals and others perceived as political opponents ever since bin Salman became the kingdom’s de facto leader in 2017, showing almost zero tolerance for dissent even in the face of international condemnations of the crackdown.

Saudi officials have stepped up politically-motivated arrests, prosecution and conviction of peaceful dissidents particularly in Eastern Province, which has been the scene of peaceful demonstrations since February 2011, with protesters demanding reforms, freedom of expression, the release of political prisoners, and an end to economic and religious discrimination against the oil-rich region.

‘US Ramping up Arms Supplies to Saudi Offensive in Yemen’ 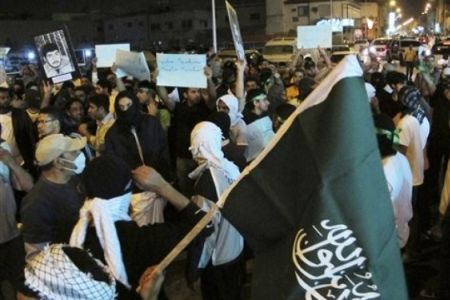