Amnesty International has called on Saudi officials to order the release of a high-ranking official of the Palestinian Hamas resistance movement and his son, citing his worsening health condition and lack of access to adequate health care.

The human rights group said on Monday that the health of 83-year-old Dr. Mohammed al-Khudari has been deteriorating as he cannot obtain essential medical service, including care for his bladder catheterization.

Amnesty International went on to say that Dr. Khudari had undergone surgery and was being treated for prostate cancer when Saudi authorities arbitrarily arrested him and his son, Dr. Hani, in early April 2019.

#Saudi authorities have denied an 83-year-old man and cancer patient access to adequate health care while his health has been steadily deteriorating in detention. His life is at risk and must be released immediately and provided with urgent medical care. https://t.co/KfJCYHpeqe pic.twitter.com/4LJ4mM8BcV

— Amnesty Gulf (@amnestygulf) February 15, 2021
The Britain-based organization said the two Palestinians were brought before the Specialized Criminal Court (SCC) in the capital Riyadh one year later in a mass trial marred by serious due process violations.

Amnesty International has already called on Saudi Arabia’s King Salman to order the dropping of unfounded charges against Dr. Khudari and his son, and their release.

It also urged the Saudi monarch to order the urgent transfer of the distinguished Palestinian figure to a hospital, where he is able to receive the essential specialized medical care he needs.

Dr. Khudari and his son Hani were arbitrarily arrested on April 4, 2019 and remained in detention without charge until March 8 last year. Both men were forcibly disappeared for one month after their arrest, and held incommunicado and in solitary confinement for the next two months of their detention.

A month into the senior Hamas official’s detention, his wife received a phone call from authorities in the maximum-security Dhahban Prison near the Red Sea port city of Jeddah requesting his medical records. Two weeks prior to his arrest, Dr. Khudari had undergone surgery.

Dr. Khudari is currently being held in al-Hai’r Prison in Riyadh, while his son is detained in Dhahban Prison.

On March 22 last year, Ismail Haniyeh, the head of the Hamas political bureau, in a letter addressed to the Saudi monarch pleaded with him to make a quick decision and order the freedom of Palestinian detainees in Saudi prisons.

US PANEL NAMES SAUDI AS ONE OF 13 RELIGIOUS VIOLATORS 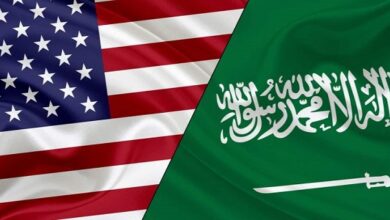