The United States government has “more loyalty to the Kingdom of Saudi Arabia than it has to its own people,” according to an American human rights expert and peace activist.

Daniel Kovalik, who teaches international human rights at the University of Pittsburgh School of Law in the state of Pennsylvania, made the remarks in an interview with Press TV on Friday, September 11.

US President Donald Trump has bargged he shielded Saudi Crown Prince Mohammed bin Salman over the gruesome murder of journalist Jamal Khashoggi, according to an explosive new book.

Talking to journalist and writer Bob Woodward, Trump defended bin Salman over the assassination inside a Saudi consulate in Turkey.

“I saved his ass,” Trump told Woodward for his upcoming book “Rage,” according to an excerpt published on Thursday by Business Insider.

Khashoggi, who was a critic of bin Salman, was hacked to death and his body was dismembered at the kingdom’s consulate in Istanbul on October 2, 2018.

A UN report found that there was “sufficient credible evidence” to pin the murder on bin Salman and he should be investigated for it.

The Washington Post, for which he was a columnist, reported in November 2018 that the CIA had concluded that bin Salman had personally ordered his killing by a hit squad at the consulate.

The victim used to criticize bin Salman’s policies, including the deadly war the kingdom is leading against its impoverished southern neighbor Yemen.

Kovalik said that “it’s pretty clear that in fact the Crown Prince of Saudi Arabia was behind torture and brutal murder of Jamal Khashoggi who was a journalist for the Washington Post, obviously a very important American paper and the evidence is clear that he ordered this killing.”

“And yeah, Trump is now admitting that he ran interference for him to make sure that Congress would not investigate, and then otherwise he would not be brought to justice, which is a pretty incredible admission given that he killed an American journalist,” he said.

“I think all those responsible including the Crown Prince should be brought to justice. I mean that’s very clear. It is within the power of the US law enforcement agencies to do that, but again the US doesn’t want to do that, because the US government is so close to Saudi Arabia,” he stated.

“I mean think about it today’s 9/11. Let’s remember that this is the anniversary of the 9/11 attacks. Fifteen of the nineteen 9/11 attackers were from Saudi Arabia. There is evidence that in fact Saudi Arabia provided some assistance, certainly for the planning of that attack, even paid for dry run of the attack, and yet the US never went after Saudi Arabia instead they went after countries that opposed al-Qaeda like Libya and Iran,” he added.

“And of course you have the US continued support of Saudi Arabia’s war crimes in Yemen. So the US turns the other way when it comes to Saudi crimes again, even Saudi crimes against the US itself in the form of 9/11 or against an American journalist. It’s a very incredible. What it shows is the US government has more loyalty to the Kingdom of Saudi Arabia than it has to its own people,” he noted.

“So this is a bipartisan issue. This is not about Trump. This is about both parties. This is about the military industrial complex, that Eisenhower was talking about in the 1950s which has only grown greater since then,” he concluded. 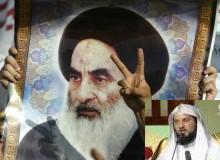 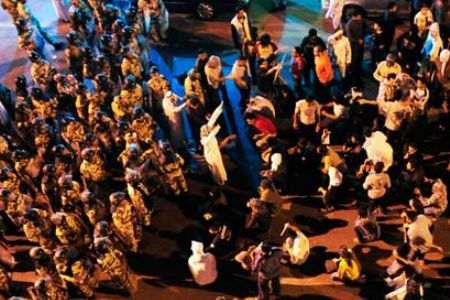