The two children of a former Saudi intelligence officer, who has been lying low abroad since the rise of Crown Prince Mohammed bin Salman to power, “have disappeared” since their detention in March, their brother says.

The disappearance of Omar and Sarah, son and daughter of Saad al-Jabri — who has lived in exile in Canada since 2017 —showed how Saudi’s de facto ruler had used the children of his perceived enemies against them, Khalid, the siblings’ older brother told the British daily newspaper Guardian on Wednesday.

Their father was a senior aide to the deposed former crown prince, Prince Mohammed bin Nayef, and served as the primary Saudi liaison to Western spy agencies.

Bin Nayef, who was always regarded as the senior royal figure closest to western governments, briefly became heir to the throne but was ousted in a palace coup in 2017.

Fearing for his life, Jabri, who was abroad at the time, decided not to return home.

His children were arrested 10 days after the detention of bin Nayef and another senior prince, Ahmed bin Abdulaziz, a brother of King Salman and an uncle of bin Salman, also known as MbS.

Prior to his detention, bin Nayef had effectively been under house arrest since his ouster in the 2017 coup that brought MbS to power.

In his talks with Guardian, Khalid, now living in Canada, described the detentions of his siblings as an act of vengeance by the crown prince to force the father to return to Saudi Arabia.

He said that Sarah and Omar were among the first victims of the kingdom’s purge of royal family members over an alleged coup attempt to unseat King Salman bin Abdulaziz Al Saud and his son MBS.

“A lot of people know about the September purge when he came for the intellectuals, and the Ritz Carlton, and Loujain [al-Hathloul] and the driving advocates, and Jamal Khashoggi and every other person in between. But the first purge was Omar and Sarah,” he said.

Saudi authorities had converted Ritz-Carlton Hotel in Riyadh into a gilded prison for hundreds of royals, government officials, and businessmen as part of a purge.

Kalid was referring to gruesome assassination of Khashoggi, a dissident journalist, who was killed at the Saudi consulate in Istanbul in October 2018.

Jabri, a graduate of artificial intelligence from Scotland, is believed to be very well-informed about Saudi Arabia’s top secrets, including the identities of dissidents killed by bin Salman and the place where they have been buried.

According to the British daily, al-Jabri has long had close ties to western intelligence agencies and was lauded for transforming the kingdom’s intelligence capabilities after the 9/11 attacks.

The report said the former Saudi intelligence official was in MbS’s crosshairs for various reasons, including his opposition to the prince’s decision to wage war in Yemen.

Saudi authorities have accused al-Jabri of involvement in corruption, saying he has been misusing his position to amass a personal fortune. Bin Salman wants him in the kingdom under the pretext of getting the money back.

The family staunchly denies the accusations as “politically motivated”.

“We have evidence to prove that any allegations are politically motivated. We would welcome any legal challenge. And how does any such allegation justify kidnapping two children?” Khalid said.

According to the family’s account, MbS reached out to Saad al-Jabri days before he became crown prince and sought to convince him to return, saying he was needed and would be promoted.

Al-jabri was suspicious of the offer. He stalled and said he would return in a matter of weeks. When Prince Mohammed assumed the role of crown prince days later, Khalid and his family urged Sarah and Omar to get out.

“What we did is told the kids to take their passports and go to the airport,” Khalid said.

Omar, who was 18 at the time, was let through security with an exit stamp. But authorities stopped Sarah and told her she was banned from travelling for “security reasons”.

“Omar said ‘I cannot leave her’,” Khalid said. Then came the news that Omar was banned, too. Prince Mohammed had been announced as the new crown prince just an hour earlier.

“The guy’s first order was banning a couple of kids from travel. It tells you what intention he had with my dad,” said Khalid. “We did not know if it was a temporary measure or if it was going to last forever.”

“The only comfort we had were calls and texts and video calls. My mom would spend at least two hours a day on the phone with Sarah,” Khalid said.

This year, on 6 March, the family gathered for a video call to celebrate Sarah’s 20th birthday.

It was on that day that bin Nayef and other prominent Saudis were arrested, and Omar and Sarah were summoned to meet state security officials.

At the meeting a few days later, the siblings were pressured to try to convince their father to return to Saudi.

“Sarah was scared,” Khalid said. “She told her cousins she was scared but did not want to tell my mom. She felt from that meeting that they were going to be arrested.”

When her mother, Nadyah, tried to call on March 16, Sarah’s phone was turned off.

Witnesses said that dozens of cars and officials had arrived at the house in Riyadh early that morning and taken the siblings.

Neither Sarah nor Omar have been heard from since that day in mid-March.

Khalid said attempts to get answers from state security and royal court officials in Saudi had been ignored.

“I’ve asked them where they’re being held and if they are OK and that I need to comfort my mother,” he said. “They read the messages and they don’t respond.”

“Sarah and Omar have disappeared. We know nothing about them. Hopefully they are still together. They are best friends. Obviously it’s scary when you know what these guys are capable of,” he added.

Al-Jabri family has sought help, including from the US government, but to no avail.

Asked repeatedly by the Guardian whether the US secretary of state, Mike Pompeo, had intervened, a spokesperson for the state department said,“We urge the government of Saudi Arabia and all governments, to ensure fair trial guarantees, freedom from arbitrary and extrajudicial detention, transparency, and rule of law. We have spoken out publicly about many of our concerns regarding these issues, and continue to do so in our private diplomatic engagement.”

It comes two years after the young Saudi prince reportedly orchestrated the gruesome assassination of Jamal Khashoggi, a dissident journalist who had been critical of bin Salman’s policies before he was killed at the Saudi consulate in Istanbul in October 2018. 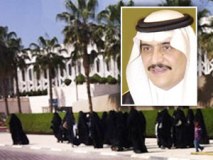