The Saudi-led coalition has reportedly agreed to a truce in Yemen – five years to the day of launching an intervention there – as part of a United Nations call for a global armistice among the Covid-19 pandemic.

Riyadh’s decision to stand down follows the acceptance of the ceasefire by the pro-Saudi followers of ousted President Abdrabbuh Mansour Hadi and the Houthi rebels that have controlled the capital since January 2015.

The chair of the Houthi Supreme Revolutionary Committee, Mohammed Ali al-Houthi, welcomed Riyadh’s support for the ceasefire, while expressing hopes in a tweet later on Wednesday that it would “translate [into] practice.” It remains to be seen whether the ceasefire will hold, since numerous previous attempts by the UN to broker one have all faltered. In an earlier post, al-Houthi slammed the Saudi-led coalition, stating it had increased its strikes on Yemen since the UN’s initial call for the truce, launching some 40 air raids.

UN special envoy for Yemen Martin Griffiths appealed for such a ceasefire last week, and Secretary General Antonio Guterres sent another letter to the warring parties on Wednesday, calling for an “immediate” halt to the hostilities:

More than five years of conflict have devastated the lives of tens of millions of Yemenis.

It was on March 25, 2015 that Saudi Arabia and its allies intervened in Yemen, first with air strikes against the Houthis and later with a ground campaign. Despite its overwhelming advantage on paper, the coalition has not been able to defeat the Houthis, though the war has caused enormous civilian suffering in the impoverished country on the southern end of the Arabian peninsula.

UN reports have estimated that by the end of 2019, over 100,000 Yemenis have died as a direct result of the fighting, with another 130,000 more perishing from famine and disease, in the country of some 30 million people.

The US has provided logistical support for the Saudi coalition, accusing the Houthis. Attempts by the US Congress to limit the involvement in Yemen have not managed to overcome the presidential veto threshold. 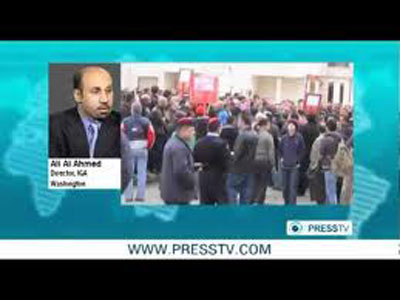