Saudi Arabia, which is in the midst of a bloody war on Yemen, has urged Germany to lift its ban on arms exports to the kingdom.

In an interview with German news agency DPA on Monday, Saudi Foreign Minister Faisal bin Farhan Al Saud claimed that the Riyadh regime needed the German weapons to “defend ourselves.”

“We hope Germany understands that we need the means to defend ourselves,” he said, pointing to attacks on two major oil facilities in Saudi Arabia last year, which Riyadh and the United States blamed on Iran without evidence but which the Yemeni forces took responsibility for.

Iran rejected the accusations of involvement and said the attacks were legitimate acts of self-defense by Yemen, which has been under incessant Saudi strikes since 2015.

The Saudi foreign minister claimed that Germany’s decision not to approve arms exports to Saudi Arabia despite the continued threat of such attacks did not conform “to the framework of good relations” between Riyadh and Berlin.

The Saudi official’s remarks come six weeks before the German government is due to decide whether to extend the ban once more beyond its current expiration date of March 31, 2020.

The ban was effectively enforced following the murder of dissident Saudi journalist Jamal Khashoggi inside the Saudi consulate in Istanbul in late 2018. It has been extended twice.

Meanwhile, a high-ranking member of Germany’s Social Democratic Party (SPD), which is part of the ruling coalition, said Monday that Berlin’s ban on weapons exports to Saudi Arabia had to be extended until at least the end of the year due to the continuing war on Yemen.

“Without a fundamental shift by Saudi Arabia in the Yemen war — one of the worst humanitarian catastrophes in the world — there cannot and must not be any arms exports,” Gabriela Heinrich, the deputy chair of the SPD’s parliamentary group, told DPA. “From the point of view of the SPD parliamentary group, the moratorium must thus be extended at least until the end of the year.”

The ban restricts not only the deliveries of fully assembled products, but also of components used by weapon companies in other European nations. This has prompted outrage mostly in France and Britain, which have heavily relied on German high-tech components for producing and assembling fighter jets and warships for Saudi Arabia.

In an attempt to alleviate its partners’ concerns, Berlin has agreed to extend export licenses that had already been granted for nine months, provided that the companies undertook not to deliver any finished weapon systems to Saudi Arabia until the end of the year.

The government of Chancellor Angela Merkel also called on France and Britain to ensure that their weapon system deliveries to Saudi Arabia or the United Arab Emirates — another main belligerent in the Yemen war — would not be used in the Yemen conflict, either.

The two Arab regimes and their regional allies in the Middle East have been waging the deadly war on Yemen since March 2015, using weapons and intelligence supplied by Western countries, most notably the United States, France, Britain, and Canada.

The German government has come under pressure from many conservatives at home to end the ban on Saudi Arabia. The critics argue that a continued ban could jeopardize projects such as the development of a Franco-German combat jet and other arms deals.

The arms ban, however, has been praised by human rights advocates, who have said it has had more effect than expected.

Many other countries, however, have decided to maintain profitable arms deals with Riyadh, despite the outrage over both the Khashoggi murder and the many civilian casualties in Yemen.

Saudi Arabia and its allies started the war with the aim of bringing a former government to power and eliminating the Houthi Ansarullah movement. They have failed to accomplish either objective. The aggressor regimes have also imposed a blockade on impoverished Yemen, plunging it into what the United Nations has described as the world’s worst humanitarian crisis. Hundreds of thousands have been killed, and millions have been pushed to the brink of starvation as a result of the war on Yemen. 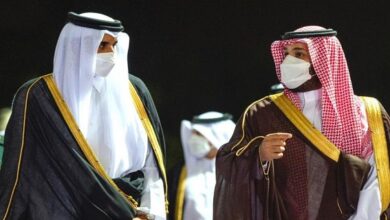 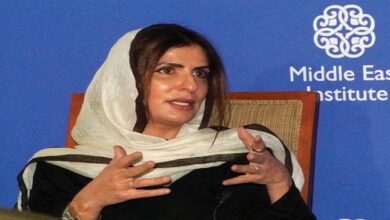