A new documentary has revealed that Saudi Crown Prince Mohammed bin Salman — also known as MbS — had promised US President Donald Trump to recognize Israel and normalize ties with the regime if the United States helped him “defeat Iran and take control of the Middle East.”

According to PBS documentary ‘The Crown Prince,’ which was broadcast on Saturday, the kingdom’s de facto ruler made the pledge in a meeting with President Trump during his visit to Riyadh in May 2017.

Martin Smith, the presenter of the documentary, said that bin Salman had asked Trump to ensure “the United States’ assistance in defeating Iran while supporting the prince’s ambitions to become the key player in the Middle East.”

In return, bin Salman offered to help Trump and his son-in-law and advisor Jared Kushner, solve the decades-long Palestinian-Israeli conflict.

David Ignatius, The Washington Post’s columnist and military analyst, who was interviewed in the documentary, quoted bin Salman as saying that “I see a Middle East where Israel is a part of … I am ready to recognize and have trade relations with Israel.”

Ignatius explained that bin Salman’s proposal “tempted the US administration and became the focus of the plan that Kushner keeps on advocating.”

He was referring to Trump’s controversial proposal for “peace” between the Israeli regime and Palestinians, dubbed “the deal of the century.” Kushner and Jason Greenblatt, the US president’s special adviser for international negotiations, are reportedly the main architects of the plan.

The so-called deal of the century, a backchannel plan to allegedly reach a peace settlement between Israel and the Palestinians, was proposed by the Trump administration in 2017. Although the plan has not been released, leaks signal that it would mainly include the same tried-and-failed ideas of the past.

In recent years, Israel has been working to improve ties with Persian Gulf Arab states such as Saudi Arabia, the United Arab Emirates and Bahrain.

While little is known about Trump’s plan, leaks have suggested that it regards Jerusalem al-Quds entirely as an Israeli territory. This can be problematic since Palestinians view the eastern sector of the occupied city as the capital of their future state.

The US-drafted plan is believe to call for keeping borders and security under Israeli control, while keeping a decision over the final borders of Israeli settlements for later negotiations.

According to the Times of Israel, the Israeli regime has been conducting extensive diplomatic negotiations with Saudi Arabia and other Arab governments over the past months in a bid to convince them to establish diplomatic relations with the regime more than half a century after the Six-Day War which saw Israel occupy the West Bank and the Golan Heights.

The kingdom has expanded secret ties with Israel under the young crown prince, who has made it clear that he and the Israelis stand on the same front to counter Iran and its growing influence in the Middle East.

In highly controversial comments during an April 2018 visit to the US, bin Salman told the Atlantic that he recognized Israel’s “right to exist,” distancing himself from the kingdom’s longtime policy of opposing Israeli occupation of Palestinian territories.

He is also widely reported to be working behind the scenes to force the Palestinians into accepting Trump’s hugely pro-Israel deal. The crown prince has even tried in vain to bribe Palestinian Authority President Mahmoud Abbas to that effect. 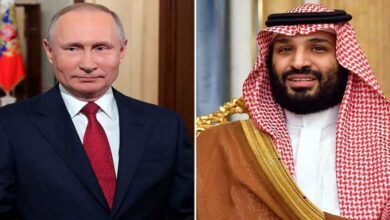 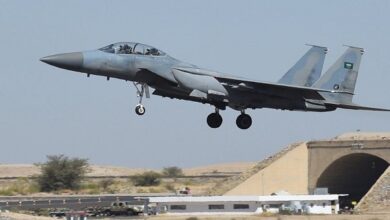