On Tuesday, the court in Jerusalem al-Quds passed the ruling on the 16-year-old suspect, whose identity remains under gag order with other specific details of the investigation.

He will be required to wear an electronic ankle bracelet; be under the 24/7 supervision of two adult family guardians; and have no contact whatsoever with non-family members.

On January 24, Israeli prosecutors charged the teenager with manslaughter, stating that he carried out the attack “under aggravated circumstances,” terming his “intentional vandalism of a vehicle as an act of terror.”

The attack was “based out of an ideological motive of racism and hostility toward Arabs everywhere,” the indictment stated.

“The defendant hurled the rock with great force toward the front windshield of the vehicle with the objective of hurting the passengers and with indifference to the possibility of causing their death,” it pointed out.

The teenager has been in a juvenile detention facility since December 30 last year.

Aisha Muhammad Talal al-Rabi, 47, a mother of eight children and a local resident of Bidya, located 32 kilometers southwest of Nablus, was killed and her husband suffered injuries after Israeli settlers hurled rocks at their vehicle near the Za’tarah checkpoint in Nablus on October 12 last year. The stone weighed about two kilograms, according to prosecutors.

Israeli authorities arrested five Israeli settlers, who were held on suspicion of involvement in the killing of Aisha, on December 30, 2018. Four of them were later released to house arrest.
Price tag attacks are acts of vandalism and violence against Palestinians and their property as well as Muslim holy sites by Israeli settlers.

More than half a million Israelis live in over 120 settlements built since Israel’s occupation of the Palestinian territories of the West Bank in 1967. This is while much of the international community considers the settler units illegal and subject to the Geneva Conventions, which forbid construction on occupied land. 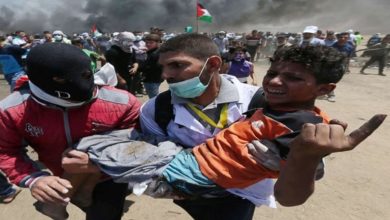 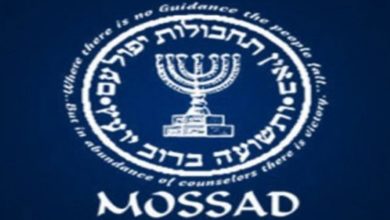