Israeli military forces have shot and critically injured a Palestinian man in the northern part of the West Bank as tensions continue in the occupied Palestinian territories as part of the aftermath of US President Donald Trump’s recognition of Jerusalem al-Quds as Israel’s capital and the relocation of the US embassy to the occupied city.

In response, one officer blocked the man’s way with a car, as a result of which he pulled out a knife and attempted to open the vehicle’s door. The officer shot the suspect, incapacitating him.

No Israeli troops were injured in the attempted attack.

The Palestinian man from Sanniriyah town, located 36 kilometers southwest of Nablus, was taken to Beilinson Hospital in the city of Petah Tikva for treatment.On December 21, 2017, the United Nations General Assembly overwhelmingly voted in favor of a resolution that called on the United States to withdraw its controversial recognition of Jerusalem al-Quds as Israeli “capital.”

In an attempt to prevent the passing of the resolution, Trump threatened reprisals against countries that backed the measure, which had earlier faced a US veto at the UN Security Council.

Israel, however, rejected the world body’s resolution while thanking Trump for his decision to move the US embassy to Jerusalem al-Quds. 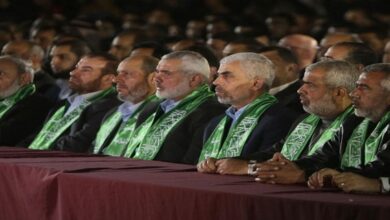