The Palestinian Ma’an news agency, citing local sources, reported on Sunday that Israeli soldiers in al-Khalil physically attacked several Palestinian schoolchildren on their way to school, attempted to arrest one of them and hurled tear gas canisters towards parents who wanted to intervene and save the children.

The sources confirmed that Israeli forces also used tear gas and sound grenades near the Tariq bin Zayed School in the city, adding that the attack caused some school staff and students suffer respiratory problems due to inhalation of tear gas.

Al-Khalil is known for being the scene of regular attacks by Israeli forces and settlers against Palestinian students. About 800 Israeli settlers now live under the full protection of the Israeli military in the Old City of al-Khalil. The city has more than 30,000 Palestinian inhabitants.

According to local sources, Israeli soldiers, in full gear, fired scores of tear gas canisters towards the students after they entered the school. Several of the wounded were taken to a nearby medical center for due treatment, the rest received first aid treatment on the scene.

The report added that the attack disrupted classes and caused panic among the students.

The Urif high school has been the target of several attacks by both Israeli forces and settlers, forcing the staff to close the school at least eight times in the previous semester and six times in the current one.

Back in October last year, a group of Israeli settlers from the Yitzhar settlement broke into the same high school in Urif village and began throwing stones at horrified students inside their classrooms.

Dozens of students were injured during the invasion, which also led to the disruption of classes and material damage.

The United Nations, according to Ma’an, has so far documented 111 Israeli attacks on education in the occupied West Bank affecting more than 19,000 children in the last four months of 2018.

The UN describes Israeli attacks as “incidents of interference in schools by Israeli forces,” which include “threats of demolition, clashes on the way to school between students and security forces, teachers stopped at checkpoints, and the violent actions of Israeli forces and settlers on some occasions.”

According to the world body, over half of the “verified incidents involved live ammunition, tear gas and stun grenades fired into or near schools by Israeli forces, impacting the delivery of education or injuring students.”

In its annual report for 2017, the Palestinian Ministry of Education revealed that 80,279 Palestinian children and 4,929 teachers and staff were “attacked” by either Israeli settlers or soldiers.

Much of the international community considers settler units illegal and subject to the Geneva Conventions, which forbid construction on occupied lands. Furthermore, the UN Security Council has condemned Israel’s settlement activities in the occupied territories in several resolutions. 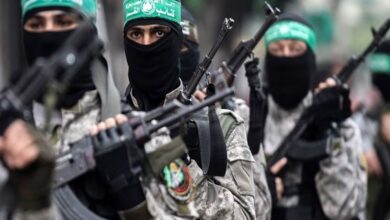 Hamas and Palestinian Islamic Jihad: We will break blockade