The deputy head of the Hamas political bureau, Mousa Abu Marzouk, hasruled out the possibility that the resistance movement could take part in any puppet Palestinian government in Ramallah, noting such a government will be “devoid of any national legacy and would strive to promote division” just like its predecessors.

Marzouk, in a post published on his official Twitter page on Wednesday, said officials from the Ramallah-based Palestine Liberation Organization (PLO) would not invite Hamas to participate in such a Palestinian government in the first place, emphasizing that the movement would turn down such an offer even if it were made.
He asserted that a new government in Ramallah would work on realizing US President Donald Trump’s “deal of the century.”
The so-called deal, a back channel plan to allegedly reach a peace settlement between the Israelis and the Palestinians, was proposed by the US administration in September 2018. Although the plan has not been released, leaks signal it will consist of the same tried and failed ideas.
While little is known about the controversial deal, leaks have suggested that it regards East Jerusalem al-Quds as Israeli territory, whereas Palestinians view the eastern sector of the occupied city as the capital of their future state.
Palestinians also believe that the US-drafted plan calls for keeping borders and security under Israeli control, while it keeps Israeli settlements’ final borders to be discussed in later negotiations.
Palestinian Prime Minister Rami al-Hamdallah officially submitted his resignation and that of his unity government to President Mahmoud Abbas on January 29, casting doubt on the prospects of reconciliation efforts with Hamas.
Abbas had been facing pressure from his ruling Fatah movement over the past few weeks to remove Hamdallah from power, and establish a new government comprised of representatives from PLO factions in addition to independent figures.
Hamdallah headed the Palestinian National Consensus Government, which was formed after Fatah and Hamas reached an agreement in 2014.
Fatah leaders said there was no point in keeping the government in power in the wake of the continued crisis between their faction and Hamas.
They also argue that since their faction is the largest group in the PLO, it should have a strong presence in any government. 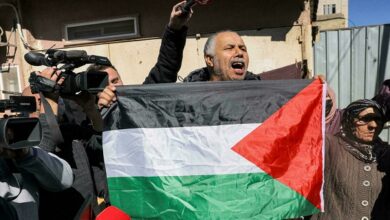 Islamic Jihad: Resistance not to remain silent on Israeli crimes in Sheikh Jarrah 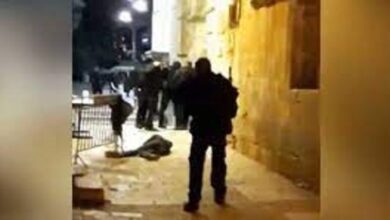