The organization said in a report that Israel has made it easier for settlers and companies such as the cosmetics firm Ahava to exploit the rich resources of the Dead Sea that lie in the occupied West Bank.

“Appropriation and exploitation of Palestinian land and natural resources in the occupied Dead Sea area by Israeli settlers and companies â€¦ meet the requirements of the crime of pillage,â€ the report entitled as Pillage of the Dead Sea, said.

The report also said that Tel Aviv has restricted the access of Palestinians to their own land and natural resources in the area.

â€œThe presence of settlers who directly utilize and profit from the Dead Sea wealth has severely exacerbated this situation and contributed to the over-exploitation of the area,â€ the report added.

Al-Haq also warned that the over-exploitation of the sea would soon result in large-scale environmental damage.

The Dead Sea is a popular tourist attraction, as density of salt-saturated waters enable people to float.

The report also said that the cosmetics firm Ahava that is located in the occupied West Bank has been illegally using the Palestinian natural resources of the Dead Sea for its products.

The firm â€œcan be considered directly responsible for the pillage of the occupied territory’s natural resources in clear violation of customary international law,â€ the report added. 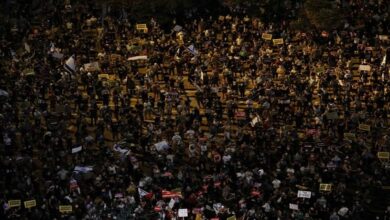