On the anniversary of the end of Israel’s war on Gaza, Head of Hamas political bureau Khaled Meshaal says Palestinians will never back down from resisting the Israeli occupation. on Friday, Meshaal highlighted national unity, solidarity among the Muslim community and faith in God as key to what brought about victory for Gazans. Speaking to a large crowd of supporters in the Syrian capital, Damascus, Meshaal saluted the over 1,400 Palestinians who lost their lives during the three-week long Israeli onslaught and tens of thousands of others who were wounded and displaced. Meshaal acknowledged the Israeli upper hand in military prowess, but assured that Tel Aviv would never be able to defeat the Palestinian nation and their resistance, vowing to fight a fierce battle and defeat Israel, in the event of another war against the Gaza Strip. Meshaal ruled out dependence on anyone other than the Palestinian nation, saying collaboration with Israel as a “humiliating” act doomed to failure. The political chief of Hamas highlighted the need for reconstruction of Gaza and lifting the crippling Israeli-imposed siege on the impoverished population of the coastal sliver. He called on the upcoming Arab League summit, scheduled for March in Libya, to put the issue high on the agenda. The senior Hamas member vowed that the Islamic Palestinian movement would never back down from resistance against the Israeli occupation. He said Hamas would never abandon the rights of the Palestinian people and would not back down from its principles in the face of the enemy’s efforts to isolate the movement. “We will not change until we have achieved the rights of our refugees outside Palestine and liberation of occupied territoriesâ€¦ and we will never recognize the Zionist entity,” he stressed. Meshaal accused Israel of disrupting prisoner exchange talks and assured Israeli soldier Gilad Shalit would not be released until Palestinian prisoners held in Israeli prisons are released. He further warned against Israeli excavations near Al-Aqsa Mosque in the occupied Jerusalem Al-Quds, saying the sanctity â€” the second holiest site for the Muslim world â€” could collapse any minute and catch the Islamic nation by surprise. The Palestinian leader called for solidarity among Palestinians to liberate the West Bank from the Israeli occupation and warned Western-backed diplomatic channels would only benefit Israel and its allies in the United States and US President Barack Obama’s administration. He recalled recent expressions of frustration by Obama and his special envoy to the Middle East with the stalled peace process in the region, asking, “how could a frustrated person bring us liberation and victory?” 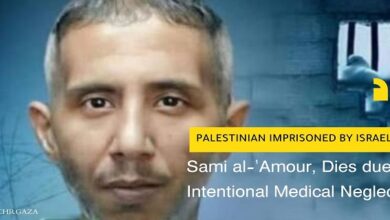 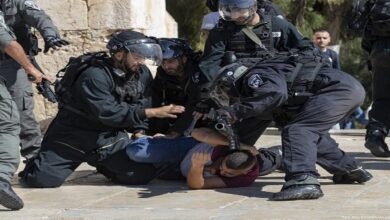