Hamas has condemned “the international community’s silenceâ€ towards the Israeli-imposed blockade on the Gaza Strip. “This aggression reflects the barbarian Israeli policy against the Palestinians amid tightening a suffocating siege imposed on the Gaza Strip for more than three years,” said Hamas Spokesman Fawzi Barhoum on Saturday, Â Xinhua reported. The comments came after aerial and artillery bombardments of the northern, southern and eastern parts of the strip by Israeli fighter planes and tanks. The Israeli warplanes also refused to leave the airspace following the strikes, which inflicted injuries on four Palestinians. The Friday offensive “is clear evidence that the Israeli military aggression on the Gaza Strip continues unabated,” Barhoum added. Also on Saturday, Palestinian Prime Minister Ismail Haniyeh said his government had grown in strength since the 2008-2009 three-week-long Israeli assaults on the strip, which claimed more than 1,400 Palestinian lives. Inaugurating two buildings destroyed during the offensives, he said “the Israeli war and Israeli pressure on the government and on the Hamas movement have not weakened us,” pledging that his government would rebuild whatever was destroyed during the war, Xinhua added. 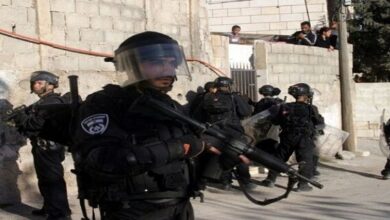