“The enemy will pay the price for breaking the rules of engagement with the resistance in Gaza,” Ezzedeen al-Qassam Brigades, the military wing of Hamas, said in a statement.

Israel conducted several aerial attacks against the besieged Gaza Strip on December 8, killing Mahmoud al-Atal and Mohammed al-Safadi and injuring 14 others, including women and children, according to the Health Ministry in Gaza.

Tel Aviv claimed that Palestinian resistance forces had fired a number of rockets at Israel.

“The coming days will prove to the enemy the great error and misjudgment of the will and determination of the resistance,” the statement added.

The Israeli aerial attacks came amid escalating tensions in the occupied territories in the wake of the US president’s recognition of Jerusalem al-Quds as the Israeli capital.

Hamas on Thursday called for a new Palestinian intifada or uprising against Israel, decrying Donald Trump’s decision on al-Quds as a declaration of war.

“The battle for Jerusalem [al-Quds] continues hour by hour above- and below-ground, and thousands of jihadist fighters are working and preparing at this moment in the darkest conditions, equipped for the battle to liberate Jerusalem [al-Quds],” the group said.

“This is evidenced by the death of two Qassami, martyrs Mohammed Safadi and Mahmoud al-Atal, who died… while carrying out their duties in one of the places of preparation,” the statement added.

The Qassam Brigades repeated the calls from Hamas’s political leadership for a new intifada in response to Trump’s move.

“The brigades salute the angry masses struggling for Jerusalem [al-Quds] and al-Aqsa Mosque and call them to continue the intifada by all means of resistance,” the statement said.

The entire Jerusalem al-Quds is currently under Israel’s control, while the regime also claims the city’s eastern part, which hosts the third holiest Muslim site.

The city has been designated as “occupied” under international law since the 1967 Arab War, which Palestinians want as the capital of their future state.

Trump had vowed during his presidential campaign that he would relocate the US embassy in order to court pro-Israel voters.

Palestinians have repeatedly warned Trump against such an action, saying it would deliver a death blow to any prospects of the resolution of the Palestinian-Israeli conflict and fuel extremism in the region. 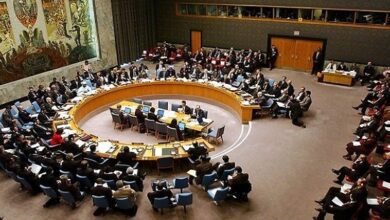