US President Donald Trump has officially declared the disputed city of Jerusalem al-Quds as Israel’s capital, despite warnings from around the world that the measure risks triggering a fresh wave of violence in the Middle East.

In a speech at the White House on Wednesday, Trump said his administration would also begin a process of moving the American embassy in Tel Aviv to the holy city, which is expected to take years.

“I have determined that it is time to officially recognize Jerusalem as the capital of Israel,” Trump said. “While previous presidents have made this a major campaign promise, they failed to deliver. Today, I am delivering.”

The US leader also said that Vice President Mike Pence will travel to the Middle East in the coming days “to reaffirm our commitment to work with partners throughout the Middle East to defeat radicalism.”

The announcement was a major shift by Washington that overturns decades of US foreign policy.

Trump’s decision was mostly aimed at pleasing his main supporters – Republican conservatives and evangelical Christian Zionists who comprise an important share of his voter base.

The entire Jerusalem al-Quds is currently under Israel’s control, while the regime also claims the city’s eastern part, which hosts the third holiest Muslim site.

The city has been designated as “occupied” under international law since the 1967 Arab War, which Palestinians want as the capital of their future state.

Trump had vowed during his presidential campaign that he would relocate the US embassy in order to court pro-Israel voters.

Palestinians have repeatedly warned Trump against such an action, saying it would deliver a death blow to any prospects of the resolution of the Palestinian-Israeli conflict and fuel extremism in the region.

A Palestinian envoy said the Trump decision was a declaration of war in the Middle East. 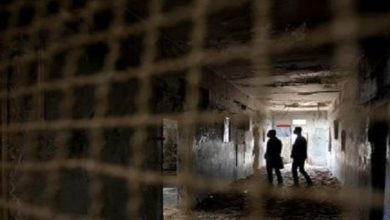