An Israeli court has sentenced three Palestinians to life in prison over a gun attack that left four people dead at a popular Tel Aviv nightspot last year.

The Tel Aviv district court on Wednesday sentenced cousins Mohammad Makhamrah and Khaled Makhamrah and accomplice Younes Zein each to four consecutive life sentences, one for each death. An additional 60 years were handed down for the 41 counts of attempted murder.

The court said that Zein supplied the weapons to Makhamrah cousins and helped plan the assault.

According to the sentence, the three were also ordered by the court to pay compensation to the families of the deceased and wounded.

The court said three people were shot dead, while a fourth died of a heart attack during the shooting spree. Four people were seriously wounded, while another 37 suffered lighter injuries or shock.

Meanwhile, Khaled Mahajneh, a lawyer with the Palestinian Prisoner’s Society (PPS), said an Israeli settler who was present at the court attempted to assault the three prisoners with a sharp instrument.

Last month, the trio were found guilty over the June 2016 attack at Sarona Market, a restaurant and shopping complex.

Initial reports at the time said that the attackers were dressed as ultra-Orthodox Jews, but the police later claimed that they were of Palestinian origin.

The occupied Palestinian territories have witnessed new tensions ever since Israeli forces introduced restrictions on the entry of Palestinian worshipers into the al-Aqsa Mosque compound in East Jerusalem al-Quds in August 2015.

Some 300 Palestinians have lost their lives at the hands of Israeli forces in the tensions since the beginning of October 2015.

The Tel Aviv regime has tried to change the demographic makeup of Jerusalem al-Quds over the past decades by constructing illegal settlements, destroying historical sites and expelling the local Palestinian population. Palestinians say the Israeli measures are aimed at paving the way for the Judaization of the city. 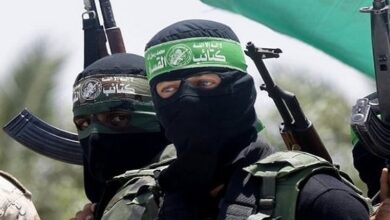 Hamas: We will not allow Israel to interfere in Palestinian elections