A leaked correspondence of Prince Charles dating back to over three decades ago shows that the heir apparent to the British throne had blamed the chaos in the Middle East region on the influx of European Jews to the occupied territories.

The British Daily Mail newspaper revealed on Sunday that Prince Charles had made an assessment of the Israeli-Palestinian conflict in a letter to his close friend Laurens van der Post in November 1986.

The British royal penned down the letter after official visits to Saudi Arabia, Bahrain and Qatar.

Prince Charles wrote that during his “fascinating” Persian Gulf tour, he had “learned a lot about the Middle East and Arab outlook.”

“Also I now begin to understand better their (Arabs’) point of view about Israel. Never realized they see it as a US colony,” he wrote, adding, “I now appreciate that … it is the influx of foreign, European Jews (especially from Poland, they say) which has helped to cause great problems.”

Prince Charles also expressed hope that a US president would “have the courage to stand up and take on the Jewish lobby.”

Stephen Pollard, an editor of the Jewish Chronicle weekly, criticized the prince’s use of the term “Jewish lobby” and claimed that his views were “the absolute classic Arab explanation of the problems in the Middle East.”

A spokeswoman for Prince Charles said the letter was not reflective of “the Prince’s own views about Arab-Israeli issues but represented the opinions of some of those he met during his visit” an that he was “sharing the arguments … with a long-standing friend in an attempt to improve his understanding” of the issue.

Britain contributed to the creation of the Israeli entity on Palestinian territories.

In a document issued in November 1917 by the then British foreign secretary, Arthur Balfour said the UK government “views with favor the establishment in Palestine” of Israel.

It set the stage for Nakba Day (the Day of Catastrophe) in 1948, when hundreds of thousands of Palestinians fled or were expelled from their homes by Israel.

Earlier this year, Prince Charles was invited to visit Israel to mark the Balfour Declaration centenary.

The UK Foreign Office nixed the visit “to avoid upsetting Arab nations in the region who regularly host UK Royals.”

Despite invitations, no member of the UK royal family has made an official trip to Israel since 1948. 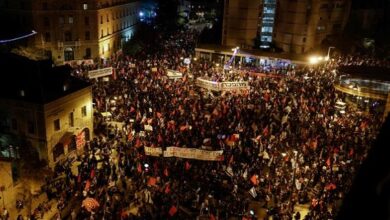 Thousands rally in 1000-plus locations, calling on Netanyahu to resign 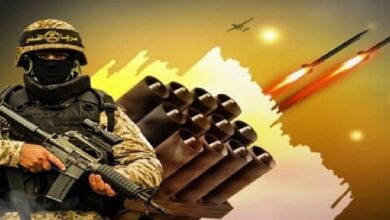 Israel is among the most important losers of US withdrawal from Syria?