Israeli settlers have attacked Palestinian residences in the city of al-Khalil (Hebron) in the Israeli-occupied West Bank, pelting the Palestinians with stones.

The Gaza Strip-based Palestinian news agency Shehab posted a video of the incident on Twitter on Friday.

Three Palestinians and one Israeli sustained light injuries during the violence.

Al-Khalil has witnessed an increase in tensions since late July, when around 15 Israeli families, comprising 100 people, controversially occupied a house there, arguing that they had legally purchased the building from a Palestinian owner, The Times of Israel reported. Palestinians contest that claim.

Separately, it was reported that Israel had returned the bodies of four Palestinians back to their families in the West Bank. Israeli forces had killed the Palestinians last month after they allegedly attacked them.

Reports say that the victims’ families would summarily bury the victims soon after their deaths to prevent the corpses’ seizure by Israeli forces. The troops, however, would sometimes try to retrieve the bodies by digging them up, Palestinian sources have told Ma’an.

Another footage, which went viral on the Internet, showed families and relatives throwing one such body over the wall of a hospital to prevent its capture by Israeli forces, who were raiding the facility at the time.

Nearly 350 Palestinians have been killed by Israeli forces since October 2015, when the regime started restricting Palestinian access to the compound of al-Aqsa Mosque, Islam’s third-holiest site.

More than a dozen Palestinians have died over the past weeks in clashes. 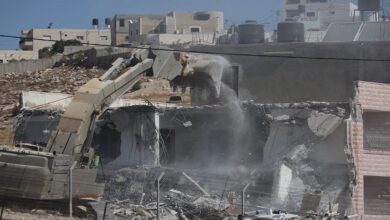 Hamas: Palestinians ‘Will Not Abandon AL-Quds’