Israeli forces have killed a young Palestinian man over an alleged stabbing attempt in the West Bank city of Bethlehem and shot dead a teen in the besieged Gaza Strip.

Safa Palestinian Press Agency reported that the young man was killed in Gosh Atsion settlement, south of Bethlehem, on Friday.

The Palestinian Health Ministry identified the slain youth as Abdullah Ali Mahmoud Taqataqa, a 24-year-old resident of the town of Beit Fajjar.

Another Palestinian was killed and three others were injured in clashes between Israeli troops and protesters in Gaza on Friday.

Ashraf al-Qedra, a spokesman for the Palestinian Ministry of Health in the Gaza Strip, said the 16-year-old, Abdul Rahman Abu Hamisa, was killed in the east of Bureij refugee camp.

Clashes continue in the West Bank and Jerusalem al-Quds between Israeli forces and Palestinians angered by Tel Aviv’s restrictions at al-Aqsa Mosque.

Muslims had been refusing to hold prayers at the mosque and prayed in the streets around the Old City of Jerusalem al-Quds for almost two weeks after Israel installed security equipment, including metal detectors and cameras, at the sacred compound following a deadly shooting incident there on July 14. Israel’s recent restrictive measures have drawn widespread international condemnations.

Palestinian sources said Israeli forces also clashed with Palestinians in Hawara checkpoint, south of Nablus in the West Bank. Two Palestinians were injured in the clashes.

Israeli forces also cracked down on a rally that was staged in solidarity with the holy site near the checkpoint after Friday noon prayers, firing tear gas at the worshipers. A number of them suffered suffocation.

Red Crescent reported that over 200 Palestinians were injured in Friday’s clashes in Jerusalem al-Quds and the West Bank. Israeli forces fired tear gas, rubber bullets and live ammunition on Friday.

The administration of the al-Quds Awqaf said on Thursday that Israeli forces had arrested about 100 sit-in protesters in al-Aqsa.

Israel lifts all restrictions at Aqsa

The Israeli regime reopened all the doors of the mosque for the worshippers on Friday, Al-Aqsa TV quoted the media official at the Islamic Awqaf, Feras al-Debs, as saying.

Tel Aviv also lifted age restrictions. Israeli police had said in a statement on Friday morning that men under 50 would be banned from Friday Muslim prayers at the holy site.

The satellite television network also reported that the regime opened the doors of Hatta, al-Ghawanmeh and King Faisal, adding the other doors will be opened in the upcoming hour.

The occupied Palestinian territories have witnessed new tensions ever since Israeli forces introduced restrictions on the entry of Palestinian worshipers into the compound in East Jerusalem al-Quds in August 2015.

More than 300 Palestinians have lost their lives at the hands of Israeli forces in the ongoing tensions since the beginning of October 2015.

The Tel Aviv regime has tried to change the demographic makeup of Jerusalem al-Quds over the past decades by constructing settlements, destroying historical sites and expelling the local Palestinian population. Palestinians say the Israeli measures are aimed at paving the way for the Judaization of the city.

The al-Aqsa Mosque compound is a flash point, which is also holy to Jews. The mosque is Islam’s third holiest site after Mecca and Medina in Saudi Arabia. 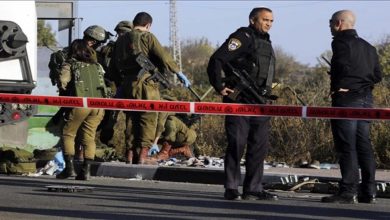