Israeli forces have shot and killed two Palestinians during a raid near the city of Jenin in the northern part of the occupied West Bank.

The raid took place against the Jenin refugee camp in early Thursday, triggering violent confrontation between the troops and Palestinians.

Palestinian media outlets have identified the fatalities as Na’im Jamal al-Zubaidi and Muhammad Ayman al-Sa’di, saying the victims had died after being targeted with Israeli live fire. Another Palestinian was also injured in the attack.

The deadly swoop came only hours after the regime’s forces attacked the town of Ya’bad, southwest of Jenin, killing a 22-year-old, named as Mohammad Badarneh.

The Palestinian Health Ministry said Badarneh was fatally shot in the chest during the military raid. He was rushed to Ibn Sina Hospital in a critical condition where he was pronounced dead.

The current year has proven the deadliest for Palestinians since 2005, when the United Nations began keeping a record of the deaths.

Including today’s fatalities, more than 200 Palestinians have been killed as a result of the Israeli regime’s deadly acts of aggression throughout the West Bank and the besieged Gaza Strip since the beginning of the year. The number includes scores of teenagers.

The Israeli regime occupied the Palestinian territories during a heavily Western-backed war in 1967.

Ever since, it has been dotting the occupied territories with hundreds of settlements, which have come to house thousands of settlers, and imposing draconian restrictions on the Palestinians’ freedom of movement there.

Tel Aviv withdrew from Gaza in 2005, but has been keeping the coastal strip under intermittent and indiscriminate airstrikes as well as a crippling siege. 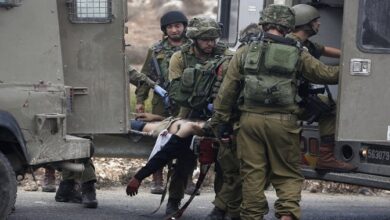