The Ministry of Health of Palestine announced the killing of a Palestinian youth in Qalqilya in the West Bank on Saturday afternoon, according to Palestine Today.

The ministry announced that Rabbi Arafa Rabi, a 32-year-old Palestinian man who was injured in the head by Zionist soldiers at a military checkpoint in Qalqilya city in the West Bank, succumbed to his wounds later in the hospital.

The Palestinian man drove over a Zionist soldier with a car at a checkpoint near Qalqilya in a heroic operation, resulting in severe injuries to the soldier. 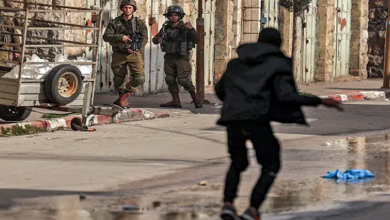