The head of the political bureau of the Hamas movement called the issue of Palestinian prisoners imprisoned in the prisons of the Israeli regime the priority of the Palestinian resistance.

Ismail Haniyeh, on the anniversary of the prisoner exchange agreement between Hamas and the Israeli regime, which the Palestinian people refer to as “loyalty to the freed prisoners”, hailed prisoners in the prisons of the regime.

He said: “Our prisoners despite all the problems they have in prisons still stick to their promise. The anniversary of the “loyalty to the freed prisoners” agreement is while the Palestinian nation has risen in Jenin, Nablus and the Shufat camp; a camp that tells the story of resistance and heroism”.

Ismail Haniyeh said: “This uprising and intifada is an extension of the spirit of the “Holy Sword” battle against the Israeli regime; a sword that does not return to scabbard unless it frees our captives.”

The head of the political bureau of the Hamas movement emphasized: “We make a promise with our prisoners that we will take steps to fulfill an honorable agreement (prisoner exchange) once again and impose the will of our nation on the occupying regime.”

He said: “Our will is stronger and our nation is determined to stand by the captives, Quds and Al-Aqsa Mosque.”

Addressing the Palestinian prisoners, Haniyeh said: “We will not leave you alone because of the pain you suffered in prisons and the years that have passed.”

He said: “We are still in the battle of loyalty to the freedmen, and the Martyr Ezzeddin al-Qassam battalions (the military branch of the Hamas movement) have kept the Zionist prisoners in captivity.”

Ismail Haniyeh said: “Our war with the Zionists will continue until the enemy accepts the terms of the resistance (in terms of exchange of prisoners) and the issue of prisoners will remain the priority of the Palestinian resistance.” 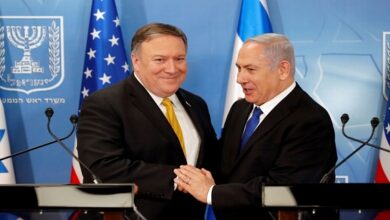