Secretary General of the Palestinian Islamic Jihad resistance movement Ziyad al-Nakhalah says Palestinians are creating new equations in the face of Israel, stressing that residents of the besieged Gaza Strip will spare no effort to fight off the Tel Aviv regime’s Judaization efforts in the occupied East al-Quds and West Bank.

Nakhalah made the remarks in a televised speech broadcast live from Gaza City on Thursday evening during a ceremony marking the 35th anniversary of the movement’s foundation.

“The Islamic Jihad movement was set up in order to deliver the message of unity against Zionists. Our martyrs drew up their wills with their own blood, and sacrificed their lives for the sake of what they passionately believed in. Al-Quds was certainly their direction, and they fought to see Palestinian territories liberated,” he highlighted.

Nakhalah noted, “Let us give praise unto our captive brethren, especially the heroes who tunneled out of Gilboa Prison. They are the flag-bearers of resistance in the West Bank,” referring to six Palestinian detainees who escaped from the Gilboa maximum security prisons in occupied northern Palestine in September last year.

“It is in the best interests of the Muslim world to strengthen the Axis of Resistance, since the Israeli enemy has formed a coalition with the United States and its allies. Zionists and their aides have left no stone unturned to sever all our relations with supporters of the Palestinian cause, and isolate our nation,” the Islamic Jihad chief said.

“The Zionist enemy tries to downgrade the seriousness of the Palestinian conflict, and seeks to turn the case into a mere humanitarian issue. The enemy has not stopped any efforts to target Gaza-based resistance fighters.

“Palestinians and resistance movements constitute a source of pride and inspiration for all Muslims. We will not take our hands off our occupied lands, and will victoriously march into the al-Aqsa Mosque compound at last,” Nakhalah said.

He said, “The Palestinian resistance front can sink Israeli forces to the depths of despair,” stressing that Palestinians and resistance fighters are duty-bound to protect both Muslim and Christian sanctities in the occupied Old City of al-Quds.

“The resolute people of Palestine will never give in to enemy plots until the full liberation of their homeland,” Nakhalah highlighted.

The Islamic Jihad leader said Israel enjoys full support of its allies, the United States in particular, but Palestinians will not surrender to the Zionist enemy.

Israeli forces have been recently conducting near-nightly raids and killings in the northern occupied West Bank, mainly in the cities of Jenin and Nablus, where new groups of Palestinian resistance fighters have been formed.

More than 150 Palestinians have been killed by Israeli forces in the Israeli-occupied territories since the start of the year, including 51 in the besieged Gaza Strip during Israel’s three-day assault in August.

More than 30 of those killed were either from Jenin or were killed in the Jenin region.

The Israeli regime has also recently ramped up incursions into the al-Aqsa Mosque compound in the occupied Old City of al-Quds, with Hamas resistance movement warning that such infringements upon the holy site could lead to “explosions” in the region. 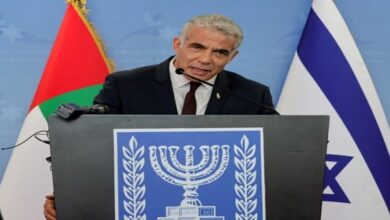