The Grand Mufti of al-Quds Sheikh Muhammad Hussein has warned against the increasing break-ins by Israeli settlers into the al-Aqsa Mosque compound in the occupied Old City of al-Quds, saying they are an attempt to change the status quo of the holy Palestinian site.

Speaking to the Voice of Palestine radio on Sunday, the senior cleric said the mosque is a pure Islamic holy site that is the sole right of Muslims, and that Israeli settlers have no right to pray or perform rituals there, Palestine’s Wafa official news agency reported.

He further called on the Muslim world to intervene to stop the ongoing incursions by Israeli soldiers and settlers on al-Aqsa Mosque, which he says have turned into systematic violations aimed at changing the status quo of the holy site.

The remarks came after Israeli settlers once again intruded into the compound earlier in the day in their latest act of provocation against the sacred site.

Scores of Israeli settlers, escorted by military forces, broke into the compound through the Moroccan Gate on Sunday and provocatively performed rituals and Talmudic prayers.

Hundreds of settlers were also reported to perform rituals in the Al-Buraq Wall plaza, which overlooks the mosque from the west.

The incident took place amid calls by Israeli settler organizations to hold mass break-ins into the al-Aqsa Mosque compound ahead of the Jewish holidays on September 29.

Such mass settler break-ins almost always take place at the behest of Tel Aviv-backed temple groups and under the auspices of the Israeli police in al-Quds.

Meanwhile, the preacher of al-Aqsa Mosque and former Grand Mufti of al-Quds, Sheikh Ekrima Sa’id Sabri, has warned that the most dangerous threat that is facing the holy site nowadays is the intensive break-ins that are carried out by extremist settlers.

“The plan to use the shofar (trumpet) in al-Aqsa Mosque’s courtyards means imposing the Jewish religion on al-Aqsa Mosque and performing rituals of non-Muslims, and this also means imposing a new fait accompli at the mosque and controlling it gradually,” the cleric, who is currently heading the Higher Islamic Council in al-Quds, said on Saturday.

He said al-Quds turns into a military zone on every Jewish religious or national occasion.

Sabri also denounced the Israeli authority for insisting on banishing Muslim worshipers from al-Aqsa Mosque, saying it is an “illegal and uncivilized policy” that violates Muslims’ freedom of religion.

The Israeli regime enables the Jewish visitation of al-Aqsa despite the fact that an agreement signed between Israel and the Jordanian government in the wake of Israel’s occupation of East al-Quds in 1967 prohibits non-Muslim worship at the compound. 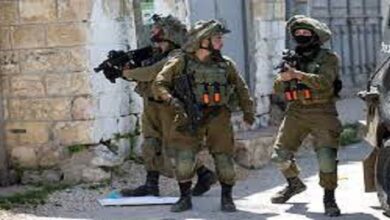 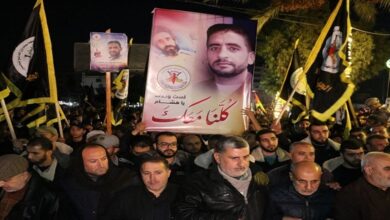 ‘State of Israel’ does not exist, has no capital: Hamas leader