A young Palestinian man has been killed overnight during an Israeli army raid in occupied al-Quds, amid mounting tensions in the Palestinian territories following the arrest of a senior Islamic Jihad member and an Israeli onslaught against the Gaza Strip earlier this month.

Local sources said Mohammad Ibrahim Shaham, in his twenties, was killed by a bullet to the head early on Monday after Israeli forces violently broke into his family home in Kafr ‘Aqab neighborhood of East al-Quds.

His father said an Israeli soldier shot Mohammad, who was born in the nearby Qalandia refugee camp, with a live round from point-blank range the moment he opened the door. The soldiers then forced their way into the house and ransacked all properties.

The Israeli force left the young Palestinian man bleeding on the ground for about 30 minutes before they took his corpse and withdrew from the neighborhood.

Mohammad’s family roundly dismissed the Israeli military allegations that the Palestinian youth attempted to stab the soldiers, adding that such unfounded claims are just meant to justify his cold-blooded murder.

Skirmishes broke out afterwards between Israeli soldiers and undercover officers on one side and local residents on the other, as Israeli forces fired live rounds and tear gas canisters to disperse the protesting crowd.

At least six young men were struck by live bullets in their legs, while a large number of locals suffered breathing difficulties due to inhaling tear gas fired by the Israeli troops.

Bassem Saadi was arrested on August 1 by Israeli troops in the occupied West Bank city of Jenin. The Islamic Jihad at the time announced it was declaring a state of alert.

The Israeli regime also carried out a new massacre in the Gaza Strip on August 5, killing 49 people, including Taysir al-Jabari, a senior commander of the Palestinian Islamic Jihad resistance movement.

The Israeli airstrikes prompted the al-Quds Brigades, the Islamic Jihad’s military wing, to respond by firing hundreds of rockets toward the occupied territories, pushing the regime forces on the back foot.

The strong retaliation, as was pledged by the resistance group, forced Tel Aviv to accept an Egyptian-mediated ceasefire, which took effect late on August 7. 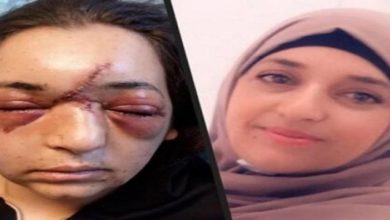