The Palestinian Authority (PA) says the bullet that killed veteran Palestinian journalist Shireen Abu Akleh in May has been handed over to the US authorities for forensic examination and not to the Israeli regime’s officials.

“The relevant parties in the state of Palestine agreed to allow the US side to conduct ballistic works on the bullet. It was handed over to them,” Akram al-Khatib, general prosecutor for the PA, said in a statement published by Palestine’s official Wafa news agency on Saturday.

There was no immediate comment regarding the latest development from US diplomatic officials in the occupied al-Quds. The Israeli regime also declined to make clear whether Tel Aviv would be cooperating with the US investigation.

Elsewhere, in an interview with the US mediaKhatib said “we will not hand over the bullet that killed Abu Akleh to the occupation, and we have agreed that the Americans will conduct a forensic examination of the bullet.”

Stressing that the bullet will be examined at the US Embassy in al-Quds, Khatib said the Palestinians have received “guarantees” from the US that the bullet “would not be delivered to Israel.”

Palestinian officials as well as many rights groups and media outlets have reached the conclusion that the veteran journalist Abu Akleh was killed by the Israeli military.

The United Nations human rights office last month said that information it had gathered indicated that the bullet had been fired by the Israeli occupation forces.

Abu Akleh, a well-known Palestinian journalist for the Qatar-based and Arabic-language Al Jazeera television news network, was killed on May 11 while covering an Israeli army raid on the Jenin refugee camp in the northern part of the occupied West Bank.

Israeli officials, including Prime Minister Naftali Bennett, initially claimed that Palestinian gunmen could have killed Abu Akleh. However, the regime later backtracked and said it could not rule out the possibility that an Israeli soldier had fired the shot.

In video footage from the incident circulated widely online, Abu Akleh could be seen wearing a blue flak jacket marked with the word “PRESS” when being shot by Israeli troops, exposing the gruesome nature of the daylight murder.

Eyewitnesses and journalists who were with Abu Akleh on the day she was shot also described the shooting as a “deliberate attempt” to kill journalists.

UN High Commissioner for Human Rights Michelle Bachelet has called on Israel to open a criminal investigation into Abu Akleh’s killing and into all other killings by Israeli forces in the West Bank and in the context of military operations in the besieged Gaza Strip.

Tel Aviv has yet to conclude whether anyone will face criminal charges over the killing, and has avoided releasing findings from an internal investigation. 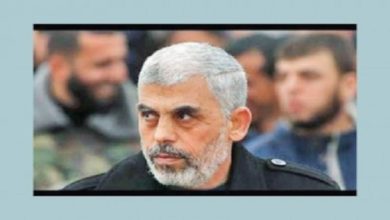 If Gaza comes under attack, we will shower Israel with hundreds of missiles: Hamas 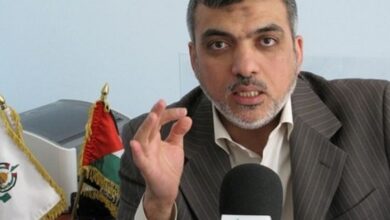