Days after launching a massive manhunt across the occupied territories, Israeli military forces arrested two Palestinian youths who carried out Thursday’s deadly operation in the settlement of Elad on the Palestinian village of Muzeria. 19-year-old Asa’ad al-Rifa’i, and 20-year-old Subhi Sbeihat, were arrested in a forest near Elad. Israeli military forces, Israel’s intelligence agency and Israeli police all took part in the manhunt. 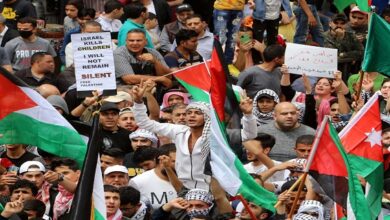