Israeli military forces have shot and killed a Palestinian man after he allegedly stabbed an Israeli police officer in the southern part of the occupied territories, amid soaring Israeli violence during the holy Muslim fasting month of Ramadan.

The Israel police alleged in a statement that a man, in his forties and a resident of al-Khalil city in the West Bank, stabbed a policeman at an apartment complex in the southern city of Ashkelon early on Tuesday.

The statement further claimed that the incident occurred when the officer approached to investigate the Palestinian man.

The man, whose identity was not immediately available, purportedly drew a knife during the check and stabbed the officer.

The Israeli police said the officer managed to draw his gun and shot and killed the Palestinian man.

The incident came a day after the Islamic resistance movement Hamas strongly condemned the recent killings of Palestinians by Israeli military forces across the occupied West Bank, stating that they exposed the appalling nature of the Tel Aviv regime.

“The execution of a number of our compatriots, including a mother of six, reflects the ugly and bloody nature of the Israeli occupation. These crimes will not succeed in breaking the will of our people,” Hamas spokesman Sami Abu Zuhri wrote in a post published on his Twitter page.

He added, “Those who expressed sympathy with murderous Israeli settlers are now before a real test in light of the latest heinous Israeli crimes.”

On Monday morning, a young Palestinian died from wounds he sustained the previous day when Israeli military forces raided the occupied northern West Bank city of Jenin and opened fire on dozens of people protesting against Israeli occupation and acts of aggression.

The 17-year-old, identified as Muhammad Hussein Zakarneh, was shot in the pelvis on Sunday evening in the industrial neighborhood, according to local sources.

Palestinian media reported that Zakarneh was seriously wounded after being shot by Israeli forces, who tried to arrest the mother and brother of Raad Hazem, who had attacked and killed three Israeli settlers and injured others in Tel Aviv days earlier before he was shot and killed in nearby Jaffa nine hours later.

On Sunday night, a young Palestinian man was shot and killed by Israeli forces in the southern occupied West Bank town of al-Khader, located 5 kilometers (3.1 miles) west of Bethlehem, according to the Palestinian Health Ministry.

Earlier in the day, two Palestinian women were murdered by Israeli forces in separate locations in the occupied West Bank.

One of them, in her 40s, died after she suffered a torn artery and massive blood loss after she was shot by Israeli forces near the city of Bethlehem. She was identified as Ghada Ibrahim Sabatien, a widowed mother of six.

The other Palestinian woman purportedly stabbed and lightly wounded an Israeli border police officer before she was killed by Israeli forces in the southern city of al-Khalil. 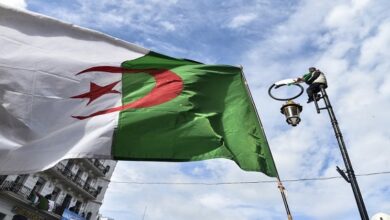 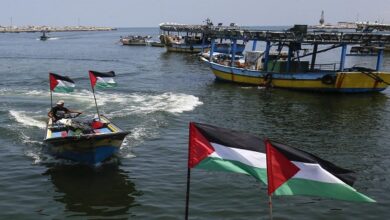 One injured in Israeli fire on Palestinian fishermen off Gaza