The Palestinian Islamic Jihad resistance movement strongly warns the Israeli regime and illegal settlers against keeping up their provocations in the holy occupied city of al-Quds.

“Any attack on al-Quds will trigger a regional war,” Al-Quds Al-Arabi, a pan-Arab daily, cited Khaled al-Batsh, one of the resistance group’s leaders, on Tuesday as saying.

In the event of such a provocation, regional resistance groups would be fielding their whatever weapon to fight the attacker “on all arenas,” he added.

Palestinians want the eastern part of the holy city as the capital of their future state.

The Israeli regime, however, lays claim to the entire city, therefore, imposing huge restrictions there on the Palestinian freedom of movement. It also allows its illegal settlers to regularly invade the al-Aqsa Mosque’s compound, Islam’s third-holiest site, in al-Quds’ Old City, even providing them with armed protection by the Israeli army.

Al-Batsh reminded the Israeli occupation of the resistance’s capabilities in defending the holy city by making mention of the “Operation Sword of al-Quds.”

The name was used by the resistance groups based in the Tel Aviv-blockaded Gaza Strip, including the Islamic Jihad, to specify their defensive operation against the regime’s latest war on the coastal sliver that took place last May.

The operation saw the resistance firing more than 4,000 rockets against the occupied territories, forcing the regime to desperately call for a ceasefire after just 11 days.

“The operation directed the region towards new equations that the dedicated [resistance] forces are trying to reinforce and stabilize,” the official said.

Al-Batsh, meanwhile, urged the Palestinians to preserve and invigorate their solidarity, describing Palestinian unity as a legitimate means of defending the nation’s rights.

Palestinian Authority to sue Israel at ICC for killing teenager 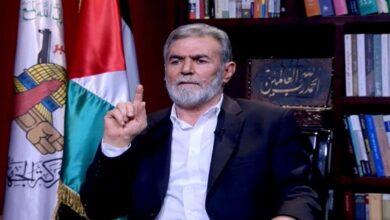