The identity of a senior Israeli officer who was involved in cyber attacks on Iran has been revealed by an Iranian news agency.

According to the report, Zeidenberg was working in the so-called “Unit 8200,” which is an “Israeli Intelligence Corps unit” of the Israeli military that is responsible for collecting signals intelligence and code decryption.

He was an analyst and senior commander of a 62-member section in that unit, according to the report.

Besides being specialized in Iranian issues, Zeidenberg, who is reportedly fluent in Persian, is an expert in information security threats.

He was also a senior researcher in cyber intelligence and knowledge, expert in design of technological infrastructure of fake news, cyber and web security instructor, and a former member of Claire Sky company whose mission is to investigate Iranian hackers’ attacks against the Israeli regime’s interests around the world, according to the report.

Fars News Agency, which acquired the personal information of several Israeli spies, said Zeidenberg, monitors developments in Iran almost 24 hours a day, and plans and operates to create crises, acts of sabotage and unrest inside the Islamic Republic.

The news agency also published photos from a confidential conference, where the spy recently delivered a speech on Iran’s security and military institutions.

The conference was held in one of the most important cyber security companies in Israel.

Fars identified Zeidenberg as one of the pillars of Israel’s cyber security.

He was appointed in “Claire Sky” company, after finishing his military service, Fars said, adding that he later founded a separate company.

Earlier this year, an act of sabotage caused a power outage at Iran’s Natanz nuclear facility.

The attack, condemned by Iran as “nuclear terrorism”, was widely attributed to Israel, which is backed by the US. 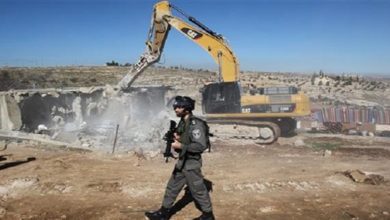