The Israeli regime is to approve next week the construction of 3,000 new settler units in the occupied West Bank as Tel Aviv continues to press ahead with its settlement expansion across the Palestinian territories.

Citing the regime sources, Israeli media said on Friday the new units would be distributed between 30 settlement areas and outposts in the West Bank and East al-Quds. The new settler units would mainly be constructed in the settlement areas of Rafafa, Kedumim, Kfar Etzion, and Har Bracha.

Palestinian Prime Minister Muhammad Shtayyeh denounced the plan, saying, “The biggest challenge facing the Palestinian environment is settlement and its remnants.” Shtayyeh added that Israel “continues to control our natural resources and prevents access to our lands behind the wall, and what is worse is that it uses our lands as a dumping ground for solid, chemical and electronic waste, in addition to uprooting trees and leveling lands for the benefit of settlement building and settlement expansion.”

It would be the first time the settlement units are approved during the administration of US President Joe Biden and the current Israeli cabinet. The plan was initially due to go up for approval two months ago but was stalled by the regime’s civil administration.

Moreover, local reports said the Tel Aviv regime had begun the construction of new settler units in the West Bank city of Hebron, also known as al-Khalil. The project, which was approved by authorities four years ago, includes building 31 units in a military base with an allocated budget of more than $6 million. Palestinian residents and activists in al-Khalil say the new neighborhood would exacerbate friction in the area.

“It means an increase in violence. It means the restrictions on us as Palestinians. It means changing the identity of our own city to an Israeli, Hebrew city,” said Issa Amro, an activist against settlements.

Peace Now, an Israeli anti-settlement group, launched legal action to stop the construction of the new settlements, saying the project is the first major expansion of Israeli settlements in the city in two decades.

About 600,000 Israelis live in over 230 settlements built since the 1967 occupation of the Palestinian territories of the West Bank and East al-Quds.

Palestinians want the West Bank as part of a future independent Palestinian state, with East al-Quds as its capital. The last round of Israeli-Palestinian talks collapsed in 2014. Among the major sticking points in those negotiations was Israel’s continued settlement expansion.

All Israeli settlements are illegal under the international law as they are built on occupied land. The UN Security Council has condemned Israel’s settlement activities in several resolutions. 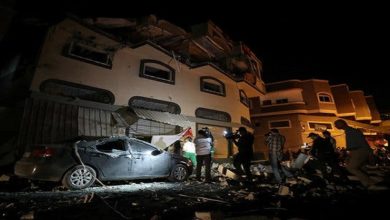